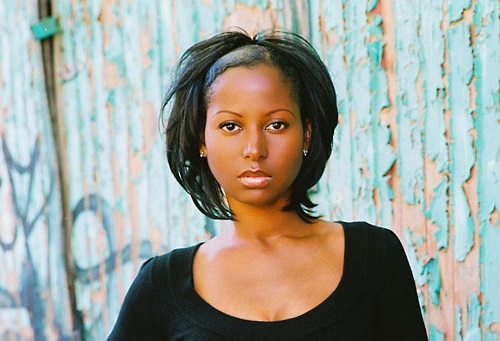 Elle Downs is a Canadian actress known for her role as Sarah Chandler in the 2004 Canadian-American horror drama-thriller film Godsend. Furthermore, she also starred in an American comedy-drama series Wild Card.  Likewise, her other film and TV series credits are The Jane Show, Playmakers,  Saw VI, and others.

Winner of Miss Black Canda, Downs is the mother of two daughters Reiya Downs and Riele Downs. If so who is her husband?

Who Is Elle Downs? Bio

Elle Downs was born on April 27, 1973, in Toronto, Ontario under the star sign Taurus. Downs is of Jamaican and Native American descent as her father was born in Kingston, Jamaica. Born as an only child of her parents, she was raised by her great grandmother and great aunt.

While Downs was just four she was interested in the arts. During her early days, Downs took piano lessons and also acted in the local theater plays. In high school, she created a dance group called the Hot Ice Dancers and also found her love performing in front of people.

In addition, Downs also took part in the beauty pageants in her teens and became the third runner up and the first runner up. Likewise, she also won the title of Miss Black Canda in her nineties.

Who Is Elle Downs’ Husband?

The 46 years old Elle Downs is private about her personal life so there is no any information weather the actress is married or not. Though she has not talked about her love life in front of media it is known that Elle is the proud mother of two children Riele Downs, and Reiya Downs. However, the identity of her children’s father is still unknown.

As of now, Elle seems to be single and focusing on her career. In addition, she seems to spend quality time with her daughters.

What Is Elle Downs Net Worth?

Elle Downs has an estimated net worth of $1 Million as of 2019. She garners a hefty amount of money from her acting career. Being active in the industry since 1996 there is no doubt that Elle is able to collect such a colossal amount of money.

Further, Elle also appeared in some hit movies and TV series which are doing well in the entertainment industry.  Additionally, she earns an average salary of around $22,718 per year.

In 2004 Downs played in the Canadian-American horror drama-thriller film Godsend which was made on the budget of $25 Million. In the film, she played along with Greg Kinnear, Rebecca Romijn, and others. Moreover, Downs is still active in the industry so there is no doubt that her wealth will increase in the upcoming days.

Elle Downs has a successful career. She began her acting career in 1996 and has appeared in the several movies and TV series. In 1996 she played in the Canadian crime Due South as Lily. Likewise, in 2000 Downs also played in the joint Canadian-American coming-of-age television series The Famous Jett Jackson as a reporter.

In addition, Elle played in the other TV series including Sue Thomas: F.B.Eye, Kojak, Kevin Hill, and so on. Likewise, she also played in the 2004 American comedy film My Baby’s Daddy as Cappuccino. In the film, Downs shared the screen along with Eddie Griffin, Anthony Anderson, and others. Additionally, her other film credits are Talk to Me, Password, Godsend, and so on.