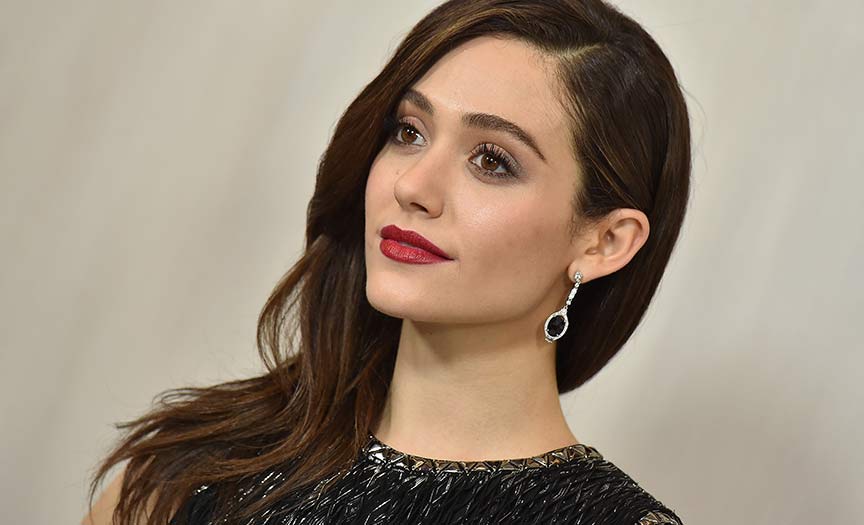 An American actress and director, Emmy Rossum is highly recognized for her role as Fiona Gallagher on the Showtime series Shameless. In 1997, she made her first acting debut as Alison Marting in the drama series Law and Order.

Manhattan, New York City, New York, born Emmy Rossum is also a singer and songwriter. Her song Sentimental Journey peaked at 92 on the U.S Billboard Chart. Read the full article to know about her net worth, age, husband, feet, height, and many others.

Emmy Rossum was born as Emmanuelle Gray Rossum on September 12, 1986. Emmy was raised by her mother- Cheryl Rossum– a corporate photographer. At the age of 7, she became a member of the Metropolitan Opera Children Chorus.

After five years, Emmy got the chance to perform on stage and even shared the mic with opera singers. At the age of 12, she showed an interest in acting and joined the classes with Flo Salant Greenberg at The New Actors Workshop.

The @latelateshow with James Corden tonight ? and the stunning @januaryjones! We talk pie, spice girls, legos and our shows.

Rossum enrolled at Spence School in Manhattan but dropped out. Later on, she got her secondary school certificate from Stanford’s University’s Education Program for Gifted Youth through online expansion courses. She then enrolled at Columbia University.

In 1997, Rossum appeared in the television program, Law & Order, as guest role named Alison Martin. She made her television debut in the soap opera As the World Turns. In the year 2000, she played Deladis Slocumb in Songcatcher. She has been honored with the Special Jury Award for Outstanding Ensemble Performance. She also received a nomination for the Independent Spirit Award as Best Debut Performance.

Since then Rossum appeared in numerous movies and television series including It Had to Be You, Grace & Glorie, Nola, The Practice, An American Rhapsody and much more.

Besides acting, the 31-year-old actress also has gained huge success in the field of music. Her debut album- Inside Out was at 199 in the U.S. Chart. In 2013, she released the album Sentimental Journey under the Warner Bros. The album peaked at 92 on the U.S. Charts.

Well-known actress Emmy Rossum earns a good sum of money from her acting career. She has been involved in the acting field since long and has starred in numerous movies and television series to date.

As of 2018, Rossum’s net worth is estimated to be $10 million. She is quite successful to maintain a lavish life along with husband Sam Esmail. She often visits new places with her family during vacations.

At present, Rossum is living a happy married life with husband Sam Esmail since 2017. Emmy met Sam on the set of the Comet in 2013 which was directed and co-wrote by Sam.

Prior, Rossum was married to Justin Siegel– a music executive on February 12, 2008. But the duo presented themselves as an unmarried couple. However, on September 25, 2009, Justin filed for divorce, citing irreconcilable differences. Similarly, the divorce was finalized on December 28, 2010.

Moreover, Rossum has found her true mate and still seem to be head-over-heels for each other. We wish them to stay together until the end of their life.