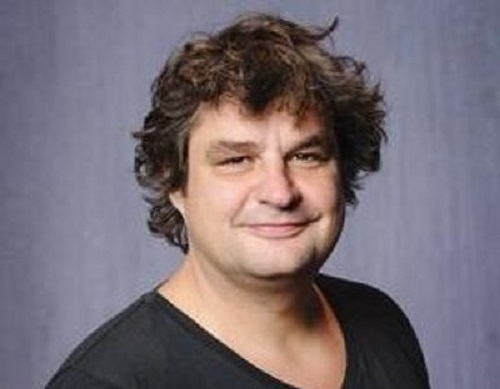 If you watch Dutch television series and films then you must have an idea about the Dutch Actor Frank Lammers. Frank is the “Best Actor” Golden Calf winner for his work in Nachtrit. Along with that, Frank is also the winner of the National News Quiz 2009 in the Netherlands.

Keep scrolling to know more about the actor Lammers. In this article, we discuss the details of Frank’s early life, career, relationships, affairs, net worth, and his overall achievements. Let us take a deep dive down his life.

Frank was born on April 10, 1972, in Mierlo, the Netherlands. Originally born as Frank Albertus Gerardus Petrus Maria Lammers, Frank uses his first and last name only. Frank has two siblings, him being the middle child.

However, information about his parents and siblings are not disclosed to the public. Moreover, Lammers studied in Amsterdam and graduated from a drama school in 1995. After that, he started his career as an actor and a director at the Strabrecht College in Geldrop.

While Frank was attending drama school, he wrote and directed the short film Kort Rotterdam: Temper, Temper in 1998. He featured his friends Fedja Van Huet, Monic Hendrick and Halina Reijn in the short film. After that, Lammers debut in the film Fl 19.99 playing the role of a homeless person in 2000. Lammers got a bigger role in Wilde Mossies after his debut.

Consequently, Lammers played the role of a kickboxer named Adri in the movie De Minister for which he received a Golden Statue Award. This helped to boost his self-esteem and he started acting in advertising films, television series as well as short films. Frank frequently appeared in Koppensnellers’ sketches such as Guus from Goes, Police Officer From Aruba and Edwin De Roy From Zuydewjin.

Furthermore, Lammers directed the theatre performance Koper in 2010. This performance included Limburg Band and pop journalist Leon Verdonschot. Similarly, Frank also played the lead role in the film Michiel de Ruyter in 2015. After two years, Lammers directed the film I Am Crazy for which he was awarded the Best Feature Film at the Footcandle International Film Festival.

Moreover, Lammers also directed a music theatre Jumpin’ Jack about a motorcyclist Jack Middelburg who was killed in 1981. Recently, Frank appeared as a lead role on the Netflix series Undercover from May 2019.

The Dutch actor and director, Lammers, is happily married to Eva Posthuma de Boer. She is a Dutch Writer and Columnist. Eva is also the daughter of the famous photographer Eddy Posthuma de Boer. Moreover, Eva is the writer of the best selling novel En Miracle Are You (2018).

Additionally, Frank and Eva have been a couple for eleven years. While planning vacations, Frank likes to go to a place never seen before whereas Eva likes to go camping in France.

Nonetheless, the couple is a perfect match for each other as they bring out the best in the other. They are living a happily married life with their two children whose information hasn’t been disclosed.

The 47-year-old Dutch actor has a net worth of $6 million. His profession as an actor and a director have definitely helped in amassing his worth to what it is today.

Normally, an actor in the Netherlands earns a salary of 42,400 euros per year from the age group 45-65. Similarly, a Dutch director earns a hefty amount of 158,246 euros per year. Likewise, Frank’s role in the current running Netflix series also adds millions to his net worth.

Adding all these amounts, we can see how Frank has successfully gathered his net worth and earned his way up the respect and recognition he gets.