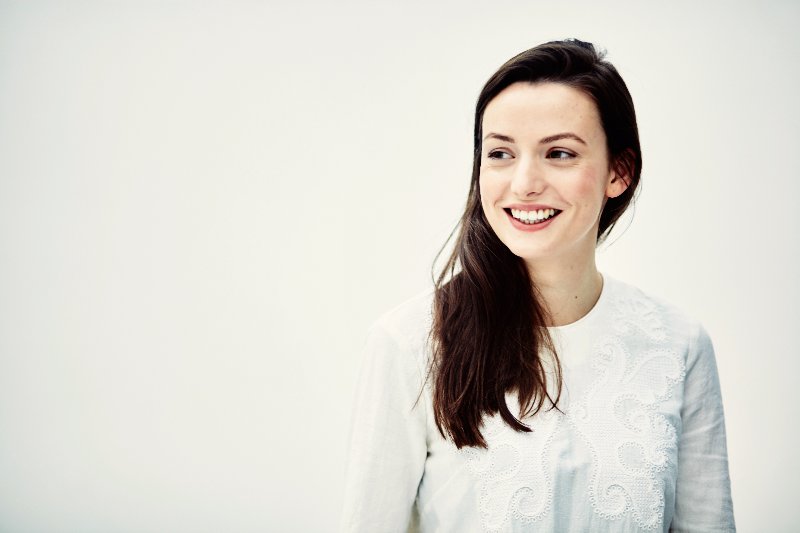 Gaite Jansen is a Dutch actress known for her role in the third season of the BBC gangster from Peaky Blinders as Duchess Tatiana Petrovna. Moreover, she also has a professional training record from the Maastricht Academy of Dramatic Arts.

The Dutch actress is enjoying her glittering career as an actress, but apart from her job, how is she doing? Is she dating someone or married already? Let’s know more about Gaite Jansen’s earnings and net worth.

Gaite Jansen was born as Gaite Sara Kim Jansen on 25 December 1991 in Rotterdam the Netherlands. She holds Dutch nationality, and her ethnicity remains unknown with the identity of his parents. The Dutch actress was raised by her parents along with her brother.

However, she hhasn’tshared much about her family on social media. But, she posted the picture of the family on the social media account on March 16, 2017.

At the age of 6, Gaite began her acting classes. Later, when she turned 12, she won her first Best Actress Award at the 48 Hour Film Project in Amsterdam for her role in Luwte. Her part of a trouble deaf teenager in 170hz earned her a critical acclamation.

Likewise, Jansen played in the film Supernova, where she plays the lead role. For her role in the movie, she was selected for the Generation competition at the Berlinale film festival 2014.

Is Gaite Jansen Married? Who is Her Husband or Boyfriend?

No! The 27 years old, Jansen is still not married. But, She is bonded in a romantic relationship with her long-term boyfriend, Mees Peijnenburg. Her boyfriend is a filmmaker by profession and has worked in numerous Dutch TV series and films. According to the reports, he is still active in the entertainment industry.

Observing their Instagram, it seems like the couple has been together for a long time. On April 25, 2019, Gaita shared a picture with her boyfriend where she stated they had been together for four years. In addition, the actress did not reveal much about their relationship. But, she leaves people surprising by posting some of their adorable pictures on her Instagram page.

The Dutch actress began posting pictures with her partner, Jansen, in 2016. Gaite and her partner, Mess, can be seen hugging and kissing each other in a couple of photos on her Instagram account. The couples now don’t hesitate to put their accompadon’t images in public.

Moreover, the couple never misses wishing each other on birthday and Valentine’s Day. Looking at them, it seems like the duo is enjoying each other company and like to spend time with each other. Though Gaite and Mess have dated each other for 4years, they have not planned yet to walk down the aisle together.

The fans and followers eagerly await to see them tying the marital knot. Just wonder how beautiful the marriage would become when the loving couple exchange wedding vows.

Gaite Jansen’s net worth is estimated to be around $1 Jansen’sas as of 2019. As she is one of the young actresses, there is no doubt she possesses a huge bank balance.

Moreover, Gaite also acted in more than 15 movies and several TV series from which she has probably earned a good remuneration. The actress has undoubtedly made a great sum of money from her career in the industry.

Moreover, she is spending a lot of money on lavishing her lifestyle. She frequently goes out on several vacations. Further, Jansen is so passionate about fashion and wears expensive clothes.

Gaite Janse age is 27 as of 2019. She stands at the tall height of 5 feet 7 inchJansen’seighs around 53 kg or 117 lbs. The actress has a well-maintained body and a slim body build.

Her body measurements are 32-26-34 inches. In addition, she has dark brown hair and beautiful hazel eyes. Moreover, the actress’s dress size is 6 (US), and the shoe size is 8(Us)