Is Jeffree Star Gay? Know About his Relationships and More 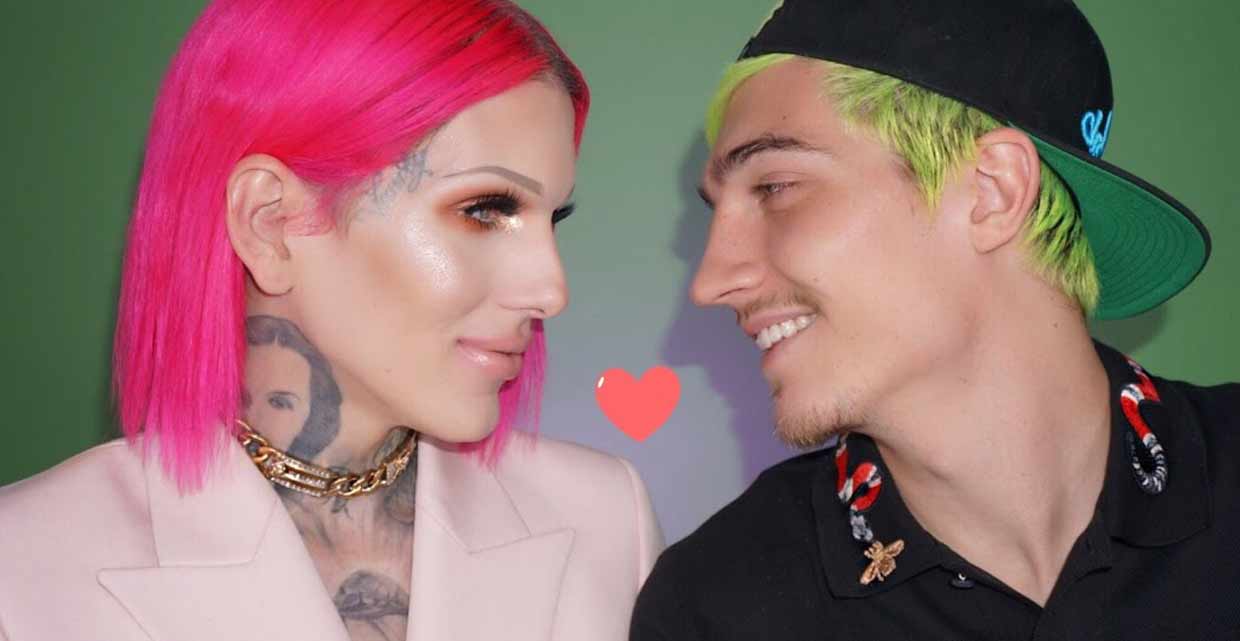 If you are a true makeup lover and keep up with all the happening in makeup empire then you must be familiar with the name Jeffree Lynn Steininger, aka Jeffree Star. Jeffree also amassed more than 11 million subscribers on his YouTube channel. Also, he has earned more than 9.8 million followers on his Instagram account. If you are still clueless about him then, he is the founder of cosmetic company Jeffree Star Cosmetics.

To know more about him stay tuned to us. We will make sure to provide all the details and current happening in his life including his relationship status.

Star is regularly spotted in pink hair and has a live-in boyfriend. That doesn’t mean he is going to make any sweeping generalizations about his sexuality. An entrepreneur is perfectly happy rejecting labels and just being himself.

During his days as a singer, he expressed frustration for being labeled. He says “They think I’m just a ‘gay artist’ because I like guys,”. When he was first making a name for himself, Jeffree would often refer to himself as gay or androgynous. However now he recognizes that this was just taking “an easy route.”

He further explains that he is attracted to both genders. He has been with transgender people as well as straight. Star says “And even with all these new labels out there, I still am just like, ‘I’m Jeffree, and I’m attracted to whoever I want to be.” This statement has clearly helped his fans to know who he truly is.

Who Is Jeffree Star? Know His Bio (Wiki)

Jeffree Star was born Jeffrey Lynn Steininger to Glen Steininger and Laurie Steininger in the town of Los Angeles County, California, on 15th November 1985. He is native American and belongs to white ethnicity. Furthermore, he earned his education degree from Junior High and later moved to Los Angeles.

By 2006, Star had become the most followed person on Myspace. He frequently used the platform to promote his music career. In 2009, Star released his first and only studio album, Beauty Killer, which included songs such as “Lollipop Luxury” featuring Nicki Minaj. He also embarked on several world tours to promote his music. In 2010, he signed to Akon—who described Star as “the next Lady Gaga“—with plans to release a second album titled Concealer.

However, it never released and Star abruptly left the music industry in 2013 under unclear circumstances. The following year, star founded his own cosmetics company namely Jeffree Star Cosmetics. He subsequently began promoting the brand on YouTube, where he has since amassed more than 11 million subscribers and over 1.2 billion views, as of 2018.

Jeffree is currently dating Nathan Schwandt since 2016. The duo met through Instagram when Nathan reached out to Jeffree. Nathan is a Michigan native and was born on August 18, 1993. Nathan is part of Jeffree Star Cosmetics and works in the warehouse of the brand.

HAPPY BIRTHDAY TO MY KING!! ⭐️ @datschwandt – I love you so much babe! My life wouldn’t be complete without you… ?? #Leo #StarFamily #HappyBirthday

He is also accused of turning into gay only because of Jeffree and is only connected with Star for his money. The couple doesn’t care about the opinions of others. They seem to be happy together. Additionally, Jeffree’s homepage on Instagram proudly states that he is wifey to Nathan and mom to 5 Pomeranians.

Jeffree has earned a hefty amount of money from his long career as a musician, makeup artist and not to forget Youtuber. His Cosmetics became a worldwide makeup brand and his success on YouTube is just getting bigger. Nowadays Star focuses on his makeup line along with other business ventures.

Yesterday was the grand opening of the @morphebrushes FIRST EVER east coast store location!! ?? You can now shop @jeffreestarcosmetics there and of course at EVERY #Morphe store! ?Many more cities will be announced soon!! THANK YOU to every single person that came out yesterday, it was unforgettable!! Photography by: @annemariecaruso Makeup by: @lipsticknick Hair by: @jesushair

As of 2018, Jeffree Star’s net worth is $50 million which is just a dream for many of other makeup artists.