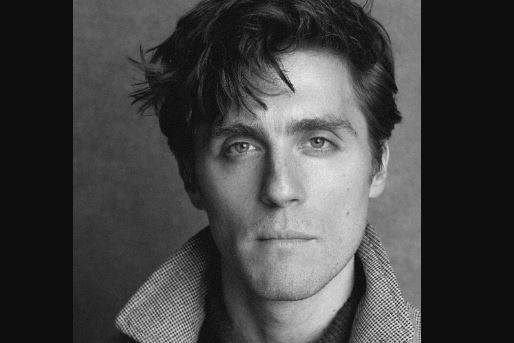 Have you ever watched the British comedy TV series, Blandings? Today’s topic is about Jack Farthing who is best known for playing the role of Freddie Threepwood in the series. Also, he collected fame from his appearance as George Warleggan in the BBC series, Poldark. Furthermore, he also appeared in the 2015 British film, Burn Burn Burn.

The 5 ft 8 inches tall actor, Jack is so protective when it comes to his love life. It could be the reason that his fans keep wondering about his relationship status. Some of them ask about his net worth.

Let’s dig into his life and find all the details. Stay tuned.

Born in North London, Jack Farthing grew up under his British parents. His family also supported him and that could be one of the reasons that Jack once admitted his childhood was lovely. As time passed, he became passionate about acting. As per several tabloids, his mother is a radiologist whereas, his father is a gastroenterologist.

Moreover, Jack grew up along with his older brother, Tom Farthing. His brother also an artist. Jack went to Westminster School and then joined St Catherine’s College, Oxford in order to study History of Art. After that, he attended THe London Academy of Music and Dramatic Art (LAMDA).

Jack Farthing professionally entered the film industry after playing the role of Mitchell in the four episodes of the BBC Three TV series, Pramface in 2012. The same year, he appeared in the British TV drama series, Silk. In 2013, he made his appearances in several TV series such as Blandings, Dancing on the Edge, and Poirot: The Big Four. Jack also received huge recognition for playing the role of Freddie Threepwood in Blandings alongside Timothy Spall, Jennifer Saunders, Mark Williams, and Tim Vine.

Similarly, Jack is also famous for appearing in the 2015 British historical period drama TV series, Poldark where Luke Norris, Gabriella Wilde, Aidan Turner, Beatie Edney were the cast of the series. Apart from series, he has also done some films such as The Riot Club (2014), Burn Burn Burn (2015), and Official Secrets (2019).

Watch an interview of Jack Farthing

The English star, Jack Farthing is an expert in keeping his private things far from the media. He has neither revealed anything about his relationship status nor opened about his marital status. As he has revealed nothing about his love life, it seems he is focusing on his career as a first priority.

As per the tabloids, he is reported to be single. When he got asked about his love life during an interview for the TV show, Poldark, he explained:

I can tell you about the least romantic moment of my life – I once went for a walk around a park on a date and we had three exchanges in an hour. It was appalling.

Due to the least information about his love life, some of his fans also speculated him to be gay. However, Jack’s sexuality is very much straight. He could be dating someone far from the media eyes, however, he hasn’t disclosed any of them to date. He is free of controversies at present.

Jack Farthing has appeared in over ten TV series and three films and has collected an impressive amount from them. He has an estimated net worth of $1 Million at present. His film, The Riot Club grossed $3.5 Million on the box office.

Similarly, his movie, Official Secrets collected $5.5 Million. More than his films, his TV series have done great in the entertainment industry. Therefore, he is spending a lavish life with his family without any doubt.