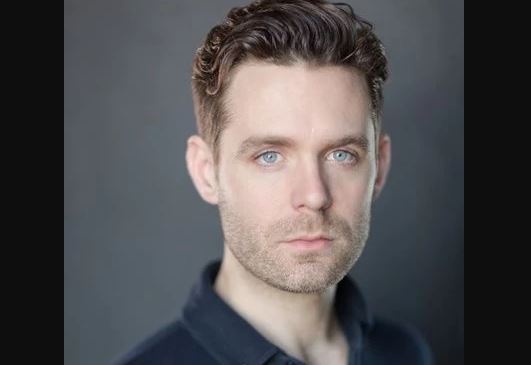 If you have ever watched the British historical period drama TV series, Poldark, then you might remember the character of Dr. Dwight Enys which is portrayed by the famous English actor, Luke Norris. He has also made his appearances in several British films such as The Duchess (2008), Mine (2009), and FirstBorn (2016).

The 6 feet 2 inches tall, Luke is active in the entertainment industry from 2008 and surely has collected a hefty amount of money. So, how much is his net worth? Mentioning his personal life, he is married to an English actress. Who is his wife? Let’s find out in the lower sections.

Born in Romford, Greater London, England, Luke Norris raised by his mother in his hometown. Since a tender age, he had somewhere a deep interest on making a career as an actor. At the initial phase of his career, he learned from a local drama school teacher who also auditioned him. Following, he joined the National Youth Theatre. As a matter of fact, he started writing playwrights during his teenage.

Luke went to Redden Court School and graduated from the Central School of Speech and Drama in London in 2008. The same year of his graduation, he also got honored with the Alan Bates Bursary.

Luke Norris has always been protective of his career as he not only developed his skills in acting but also built up as a playwright. Some of his on-stage works include A Puzzle at the Royal Court, Hamlet at the Royal Shakespeare Company and Antigone at the National Theatre. In the year 2008, he appeared in his first film, The Duchess alongside Keira Knightley, Ralph Fiennes, Charlotte Rampling, Hayley Atwell, and many others.

Luke Norris is married to his long-time girlfriend turned wife, Joanna Horton. His wife, Joanna is also an English actress, widely recognized for her appearances in the TV series, Father Brown, Spooks and Foyle’s War. The couple might have exchanged their wedding vows in a private marriage ceremony.

The couple met for the first time on the set of the Royal Shakespeare Company’s Days of Significance and are together till then. As per IMDb, they both are busy running their company titled Norton Productions.

From their marriage, the duo is blessed with two children; a daughter named Albie. Though Luke is active on Instagram with over 4.4K followers, he prefers to keep his personal profile a low key. Whatsoever, he is spending a blissful married life with his spouse and kid. So far, there are no rumors of his divorce or separation. Besides, Luke is out of any controversies.

The English actor, Luke Norris must have earned a hefty amount of money from his long career. His net worth is reported to be $500 Thousand as of 2019. On the other hand, his wife, Joanna has an equal capital of $500 Thousand. Therefore, Luke is leading a rich life with his family at present.