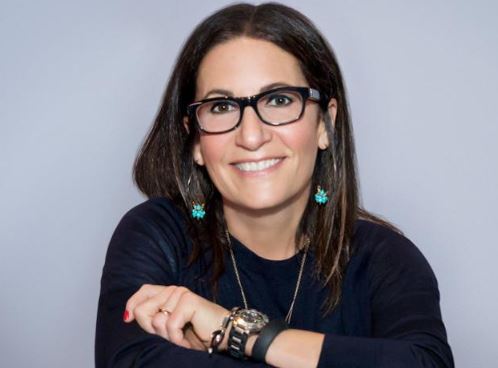 Moreover, Brown was listed as one of the BBC’s 100 Women. Bobbi won the Women’s Entrepreneurship Day Pioneer Award for her work in Beauty.  And she is happily married to her husband for three decades also plays the role of a loving mother to three of her children. Not to mention she has a multimillion worth of net worth.

A Native of Chicago

Bobbi Brown was born in Chicago, Illinois to Sandra Brown and Joe Brown. She was raised in a Jewish family along with her five siblings. She went to the University of Wisconsin for six months and spent a year at the University of Arizona but dropped out. Later, she joined Emerson College in Boston. Additionally, she graduated with a self-directed degree in theatrical makeup from Emerson College.

Soon after graduation, she went to New York to work as a professional makeup artist. Moreover, she experienced all the challenges that a freelancer make-up artist would face while trying to make it to the top.

Bobbi’s big breakthrough came after she appeared on her first American Vogue cover. The cover featured super-model Naomi Campbell whose makeup was done by Bobbi. Previously, Brown had also worked with famous photographers and models. Successful makeup artist Bobbi found all the products in the then market to be too artificial. This made it impossible to create a natural no-makeup look.

Here’s a tutorial guided by Bobbi Brown to achieve a no-makeup natural look!

So, after 10 years into her successful freelancing career, Bobbi went down to a drugstore chemist. Then she came up with a 10shade of beige-toned lipstick and called it Bobbi Brown Essentials. In 1995 Bobbi Brown Essential was bought by Estée Lauder Companies Inc. Furthermore, she started the first Retail Store of Bobbi Brown Cosmetics in Auckland, New Zealand.

Apart from makeup products, Bobbi also has a collection of fragrances. She has launched a collection of six fragrances named, Bobbi, Beach, Almost Bare, Bath, Bobbi’s Party, and Bed. Also, she has an eyewear line called Bobbi Brown Eyeware was produced after she collaborated with Safilo Group in 2013.

Moreover, in 2019 she announced her new wellness line called Evolution_18. Apart from this, Brown is also an author. She has written altogether eight books related to makeup beauty and wellness. Some of her books include The Ultimate Resource, Bobbi Brown Teenage Beauty: Everything You Need to Look Pretty, Natural, Sexy and Awesome.

This beauty mogul who brought much-needed reforms in the makeup industry has been happily married to her husband Steven Plofker for over 30 years! Bobbi met the love of her life at a dinner with her friend in Raoul’s. She and her husband Steven met through a friend and was sure she was going to marry him by the end of the night. Her partner is a real estate manager.

She overwhelmingly fell in love with Steve the first time she met him. And by the next three months of their relationship, they got engaged and moved to Montclair. The lovebirds got married three-months later their engagement.

Bobbi and Steven have 3 children together. She is an amazing mother to Dakota Plofker, Dylan Plofker, Duke Plofker. Bobbi always chose her family over her professional life, this proves she loves her family more than anything. She says, her boys are her everything. Brown is active in social media like Instagram. You can follow her @justbobbibrown

The Beauty Mogul Bobbi has an estimated Net Worth of $50million. She accumulated her fortune through her work as an entrepreneur, author, and beauty & wellness influencer. Not just that she also earns an impressive amount as an owner of a boutique hotel. Yes, right after stepping down from her company Bobbi Brown Cosmetics, she and her real estate developer husband opened a boutique hotel in their residence in Montclair. The hotel is named The George.

Bobbi sold her cosmetic line, Bobbi Brown Cosmetics to Estée Lauder Companies for an estimated $74.5million. She started this line by investing $10,000. As of now, Bobbi is making money through her million-dollar worth health and beauty company Evolution_18 and her lavish boutique hotel The George.

The couple along with their children are also frequently seen traveling around the world. So, it is very clear that they are doing very well financially. Moreover, her husband’s real estate business as an entrepreneur is also doing very fine.