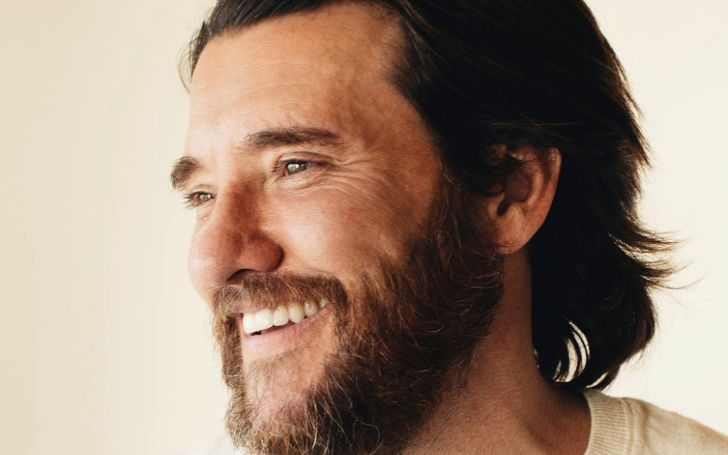 You must be familiar with Jason Butler from his gripping performance in an American crime drama streaming television series OZARK as Agent Petty. Or from his film debut as Gordon Northcott in the Oscar-nominated film Changeling.

And not to mention the recently listed series NEXT. Also, the iconic American political thriller television series Scandal, where Jason Harner portrays Ian Woods in the fourth season; Paul Franklin on Homeland.

Butler was born in  Elmira, New York, and raised in suburban Northern Virginia, Jason Butler Harner is an American actor. He holds an estimated networth of over $5 million. Most of his revenues are from his films and Televisions works.

Jason Butler has been active in the film industry since 2000. His first big film was Changeling in 2008. However, he gathered massive fame after playing an FBI agent in th Netflix series Ozark.

Subsequently, The actor appeared in the HBO miniseries John Adams as Oliver Wolcott. He also had a guest role on the pilot for Fringe. Similarly, he was the regular character Silas Hunton on the cab;e series Possible Side Effects. He played on the Fox series Alcatraz which debuted in January 2012. as Associate Warden Elijah Bailey.

Furthermore, in 2010 Jason made his London theater debut in the Lanford Wilson Play  Serenading Louie at Donmar Warehouse, London, England. However, He began doing theater in 1990.

Actor Jason Butler has 16 film credits under his belt, most notably, The Good Shepherd, Next, The Extra Man, Kill the Irishman, Letters from the Big Man, Non-Stop, Blackhat, and The Family Fang.

Jason was born on the 9th of October, 1970, in Elmira, New York, USA. His father is Ed Harner, and he worked at a senior level for FEMA.

In contrast, his mother is, Sandra Butler, was recruited by UnitedWay to become their first female Vp in communications.

As for Jason’s education, He graduated in 1988 from T.C.Williams High School. Besides, in 1992, he graduated from VCU with a Bachelor of Fine Arts in acting.

The dashing 52-year-old actor Jason Butler Harner seems to be single as of 2022.  Furthermore, Jason has always kept his personal life private. Surprisingly, there is no relationship or dating history.

However, some sources claim that  Jason was in a relationship with actress Sarah Paulson in 2015. It is unclear if the duo were dating!

As Jason is not much seen with women, he was once rumored to be gay. But the actor has never commented on the matter.

After all, we can say that 52-year-old Jason is enjoying his singlehood in a bachelor pad!