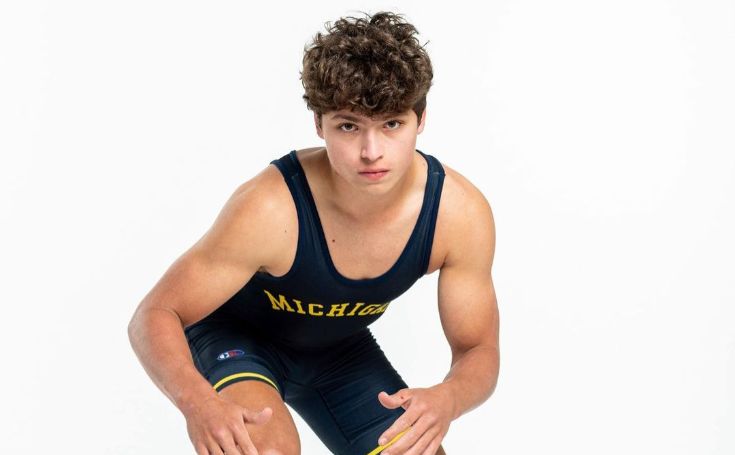 The famous media personality Joaquin Antonio Consuelos came into the limelight as the third or youngest kid of American actor Mark Consuelos and his wife, TV host Kelly Ripa.

Joaquin was further featured in US Magazine and E! Online with his family.

She is well established for the ABC daytime soap opera, All My Children as Hayley Vaughan and best co-host for the talk show, Live! with Kelly and Ryan.

Do You Know Antonio is the Guinness World Record-breaking actress’s son? Let’s check his biography.

Life as a Celebrity Kid

The 19 years old Consuelos came to this world on February 24, 2003, in New York City, the United States of America, under the Pisces birth sign.

Likewise, he holds American citizenship and belongs to mixed ethnicity.

Similarly, he is the third child of Kelly Ripa with her husband, Mark Consuelos. Additionally, the kid has Mexican and Italian ancestry on his father’s side and is of Irish and Italian descent on his mother’s side.

Antonio has two older siblings named Michael Consuelos and Lola Consuelos. The boy was delivered via a planned c-section and weighed 8 lbs 5 oz at birth.

And, he suffered from dyslexia and had trouble learning as a kid. In addition to this, the star kid graduated from middle school in June 2017.

Joaquin graduated from Middle School on June 16, 2017, and his mother shared a photo of him in his graduation attire on her Instagram page.

Spreading some glimpse of light to his parent’s marital life, his mother, Kelly, and father Mark began their romance soon after their first met on the set of “All My Children” in 1995.

At first, the duo kept their relationship private from most of their co-stars, but later, they exposed their love story with media.

After dating for a while, the morning show host and Riverdale actor eloped on first May of 1996 in Las Vegas. Since then, the couple is still happily married for twenty-two years.

In 2019 with Fox News on Thursday, his father claimed that he is crazy about his wife, explaining why his marriage with Maria has been going on for so long. He stated:

I’m crazy about my wife. We both come from families, our parents are still jointly — family is super important to us. We have three brilliant kids, which also bonds you, having that experience together.

As of now, the lovebird shares a strong and perfect marital bond with no problems and worries. Mr. and Mrs.

Consuelos lives happily without any rumors or controversies about their separation and is the founder of the production company titled, Milojo.

More On His Two Older Siblings

The firstborn son of Kelly and Mark, Michael Joseph is an American actor famous for playing the role of Mike in the short comedy film, The Bensonhurst Spelling Bee.

Whereas second child, Lola, is now studying at the prestigious NYU Tisch School of Arts.

His Relationship StatusAntonio, thee gorgeous boo, is currently a single boy without any records of past love affairs involvement. The 19 years old celebrity child is not fond of having any romantic relationship until now.

Similarly, he emerges with his parents in several awards shows and events. Until now, his news had surfaced several times on the internet.

Furthermore, his recent arrival was in November 2018, in his mother’s talk show, Live with Kelly and Ryan, where his mom is a permanent co-host.

Further, he completed his middle school graduation on June 16, 2017, but has yet to start his career. For now, he is focussing on his studies only.

When it comes to his mother’s net worth, she is enough to make a huge amount of money and is one of America’s highest-paid TV show hosts.

Kelly’s net worth is about $100 million, making her the 9th highest paid television show host of 2016 as per Forbes, but as per CelebriyNetWorth, her net value is estimated at $120 million.

Also, she has a great salary of $20 million annually, and her notable works are Disney Parks Christmas Day Parade, Brothers & Sisters, and more.

Besides, she has also had a ton of endorsement deals to many commercials and brands, including Colgate, Tide, Pantene, Ancestry.com, Electrolux. Indeed, the actress receives quite a paycheque by promoting brands and products.

His Father’s Net Worth

On the other side, his father, Mark, is also a Hollywood actor who played distinct roles in some hits movies.

Further, his bank balance is around $40 million as per Celebrity Net Worth.

Acquiring an appreciable wage through many TV show appearances like Alpha House, Queen of the South, Pitch, and films like Nine Lives, We All Had, Wedding Daze, and more have aided him to gather such prosperity.

Joaquin’s parent’s sold their Crosby Street penthouse in NYC for $20 million in 2015. Then the Consuelos family moved to East 76th Street and bought the townhouse for $27 million.

Not only this, but they also have a luxurious summer house in Telluride, Colorado, that the duo shared with people.

And in the Hamptons, the romantic couple also owns a cottage, according to E! Media.

Asides from their profession, his parents, own a New York-based production company called Milojo, which is named after their three kids.

And, his mother also won the Daytime Emmy Award for Outstanding Entertainment Talk Show thrice in 2016, 2015, and 2012.

Stay Tuned With AllStarBio, For More Interesting Articles On Your Favourite Celebrities.