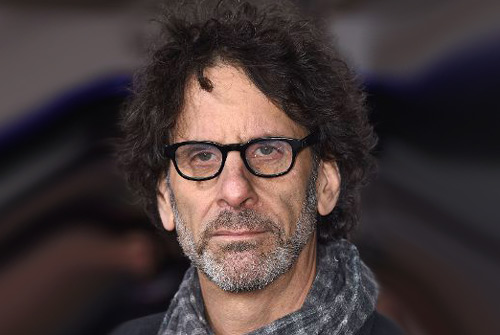 If you have heard of the Coen Brothers, then you would surely know the famous writer and producer, Joel Coen aka Joel David Coen. He is a widely known filmmaker, best recognized for his works The Big Lebowski (1998), No Country for Old Men (2007), True Grit (2010), Inside Llewyn Davis (2013), and The Ballad of Buster Scruggs (2018).

Well, Coen accomplished all his work along with his brother, Ethan Jesse Coen. Similarly, Joel is a married man and shares a child with her spouse. Then, who is his wife? Furthermore, he has an estimated net worth of $60 Million as of 2019. How is his relationship with his family?

Joel Coen was born as Joel David Coen on 29 November 1954 in St. Louis Park, Minnesota, the United States. His mother, Rena was an art historian at St. Cloud State University whereas, his father, Edward Coen used to be an economist at the University of Minnesota. Similarly, he holds an American nationality and belongs to the white ethnic background.

Since an early age, Coen was so much interested in directing. He grew up along with his brother, Ethan Coen. When he was a child, he saved money and bought a Vivitar Super 8 camera. Both of the brothers started shooting the movies they already saw on television. Similarly, Joel was born under a Jewish family.

Once in an interview, Joel also stated:

“In regards to whether our background influences our film making … who knows? We don’t think about it … There’s no doubt that our Jewish heritage affects how we see things.”

The famous filmmaker, Joel Coen established his career along with his brother, Ethan Coen, an American director and filmmaker. They are widely recognized as Coen Brothers. Their first movie is said to be a 1984 American neo-noir crime film, Blood Sample. Following, the Coen Brothers worked for the films such as Miller’s Crossing (1990), Barton Fink (1991), Fargo (1996), The Big Lebowski (1998), No Country for Old Men (2007), True Grit (2010), Inside Llewyn Davis (2013), and The Ballad of Buster Scruggs (2018).

Born in 1954, Joel Coen has just entered his mid-sixties. Mentioning his age, he is currently 64 years old. Similarly, he enjoys his birthday on every 29th of November. Besides, his birth sign (Zodiac Sign) is Sagittarius.

Who is Joel Coen’s Wife? His Marriage & Son

As of 2019, Joel Coen is a married man. He tied the knot with his long-term girlfriend turned wife, Frances McDormand. The couple exchanged their wedding vows in 1984. Probably, the duo got married in a private marriage ceremony. So far, they have not disclosed how and when they met for the first time.

His wife, Frances is an American actress, best recognized for playing in the Coen Brothers’ films including Blood Simple (1984), Raising Arizona (1987), Fargo (1996), and many others. She won two Academy Awards and two Primetime Awards.

The couple shares a strong bond with each other. His spouse is currently 62 years old. Both the duo adopted a son from Paraguay named Pedro McDormand Coen. The family of three are living a blissful life with each other. So far, there are no rumors of Joel’s divorce with his wife.

As of 2019, Joel is free of rumors and controversies.

The famous American filmmaker, Joel Coen has accumulated a huge amount of money out of his movies with Ethan. As per the Celebrity Net Worth, the Coen Brothers has an estimated net worth of $120 Million. Where both Ethan and Joel shares a net worth of $60 Million per head.

Therefore, Coen is living a rich life with his family and kids for sure.