Jorge Lendeborg Jr. is a Dominican-born American actor who is well known for his role as Jason Ionello in Spider-Man: Homecoming (2017) under the direction of Jon Watts. Moreover, he made is famous his other movies including Bumblebee, Love, Simon (2018) and many others.

Jorge has maintained a lucrative amount of net worth and earns an impressive salary from his profession. Besides, he is currently single and hasn’t dated any woman till yet. If you love to know more in details about Jorge’s career as well as his personal life, net worth, and height, take a look into the biography of Jorge Lendeborg Jr.

Who is Jorge David Lendeborg Jr.? His Bio & Wiki

Jorge Lendeborg Jr. is one of the rising stars who is representing their talents in the field of acting. Moreover, he went on to land roles in Love, Simon, Alita: Battle Angel, etc. Also, Jorge starred in a single episode of the American drama television series, Graceland created by Jeff Eastin.

Jorge was born as Jorge David Lendeborg Jr. on 21st January 1996, in Distrito Nacional, Dominican Republic, Caribbean. Moreover, Jorge is a Dominican who raised in Los Angeles, California and belongs to Afro-American ethnicity. Besides, there is no information regarding his parents, siblings and education qualification.

Inside of Jorge Lendeborg Jr.’s Career

Talking about Jorge Lendeborg Jr.’s profession, Jorge made his theatrical acting debut as Cisco in the 2016 movie, The Land. Later, he starred in the superhero movie, Spider-Man: Homecoming (2017). Moreover, he starred in the romantic comedy, Love, Simon. In the same year, Jorge appeared in the Transformers spin-off Bumblebee, in which he starred as Memo along with Hailee Steinfeld.

Furthermore, Jorge made his appearance in the James Cameron-produced Robert Rodriguez movie, Alita: Battle Angel. Further, he starred in the 2014 American drama series, Graceland as Chihuahua in an episode of Magic Number. Recently, Jorge starred in the 2019 movie, Critical Thinking as Ito Paniagua directed by John Leguizamo and written by Dito Montiel.

How much is Jorge Lendeborg Jr.’s Salary & Net Worth?

As of 2019, Jorge Lendeborg Jr.’s net worth hasn’t disclosed yet. But, we can assume that he has maintained a lucrative amount of net worth from his profession. Moreover, he earned lots of honors and accolades from his appearance in many movies and television series. Currently, Jorge is enjoying his money on his lavish life. Further, his movie with all budget and box office collection is listed below;

Furthermore, Jorge starred in an American drama television series, Graceland created by Jeff Eastin. Moreover, he has collaborated with Brandon Jay McLaren, Daniel Sunjata, and Vanessa Ferlito. Further, McLaren’s net worth of $400 Thousand is less than Sunjata’s net worth of $2 Million. Besides, the highest grossing cast, Ferlito has an impressive net worth is around $6 Million.

Who is Jorge Lendeborg Jr.’s Girlfriend? His Relationships & Affairs

Coming up to Jorge Lendeborg Jr.’s personal life, Jorge is now 23 years old and still a single man. Moreover, he wasn’t linked in any relationship affairs with any person as presented. But, it seems like he is hiding his personal life from the eyes of the media and hasn’t shared anything about his private life.

Besides, Jorge hasn’t faced any controversies and rumors regarding his personal life and career. Neither did anything wrong that someone would raise a finger on his character. Hence, Jorge is living a happy single life and busy with his work while focusing on his career. Hopefully, we assume that Jorge will date a beautiful lady and give us some interesting news to gossip. 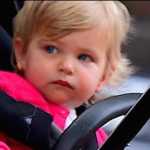 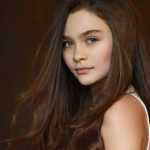