There are very few people who are blessed with both looks and brains. Today’s topic is about a personality who not only looks dashing but also proved his intelligence with a degree from Harvard University. He is non-other than Keith Lieberthal.

However, Keith didn’t gain fame for being a Harvard graduate lawyer. Despite his appearance and personality of a celebrity, Keith rose to stardom after marrying the famous actress, Juliana Margulies.

To know more about the dashing lawyer, stay tuned:

Keith Lieberthal was born on August 23, 1977, in Ohio to his dad, Kenneth Guy Lieberthal, and mom, Jane Lindsay. His father, Kenneth is an expert on China’s elite politics, political economy, domestic and foreign policy decision making. Keith is the eldest son in the family with his brother, Geoffrey Lieberthal.

Keith completed his highschool from Mansfield high school before graduating from Dartmouth College with a Bachelor’s degree. His parents always believed in him and supported him in his choice. Due to his good grades, he applied to the top Ivy League College. Ultimately, he got selected and studied law at Harvard Law University. After completing his studies, Keith started working for the firm, Clinical Advisors, LLC as a general counsel.

Keith Lieberthal married the famous American actress and producer, Julianna Margulies in 2007. After dating for a couple of years, the couple tied the knot on November 10, 2007, in Lenox, Massachusetts. As per the reports, it was a small wedding ceremony accompanied by friends and families. The marriage took place in a Jewish tradition since both of them belong to the Jewish religion.

Their first encounter was an awkward one since Julianna thought Keith to be a teenager because of his baby face look. They first met during a friend’s birthday party in the year 2006. Later, she opened about their first encounter in Ellen DeGeneres Show, saying it to be a discomforting one. During the party, Julianna assumed Keith to be an actor because of his appearance. However, Keith replied to her saying ‘‘no I am not, I am a Lawyer” and poured her a glass of wine. That was the first spark of their love. Ultimately, they started dating each other for a couple of years before walking down the aisle.

Nevertheless, the couple got married in 2007 when Julianna was already 7 months pregnant with their child. They welcomed their only child; a son, Kieran Lindsay Lieberthal on January 17, 2008. Currently, the pair is living happily for more than ten years without any divorce rumors.

Keith Lieberthal holds a total net worth of $2 Million from his career as a lawyer. He has worked for elite companies like Wallstreet as a litigator for six years. In addition, he worked for Tommy Hilfiger as the General Counsel. At present, the talented lawyer works as the Senior Director of Lincoln Center for the Performing Arts.

Besides that, the average salary of Lawyers in the US is around $9,938 a month, which amounts to $119,250 a year. In addition to that, Keith at present is at the start of his career and no doubt, with the fame he will surely attract opportunities in the future. His earning will only rise in the future because of his strong resume and additional fame as a celebrity husband.

Alongside that, Keith’s wife, Julianna holds a total net worth of $22 million as an actress. She hits $180,000 per episode for a TV series. The talented actress is never free from her works with offers for movies on her waiting list. She gained fame for her role in TV series, ER as Nurse Carol Hathaway alongside famous stars like Adelia Clooney, George Clooney, Maura Tierney, Nathan West, and many others. She also won six Screen Guild Awards and was named the top 100 influential people in 2015. 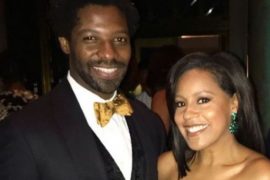