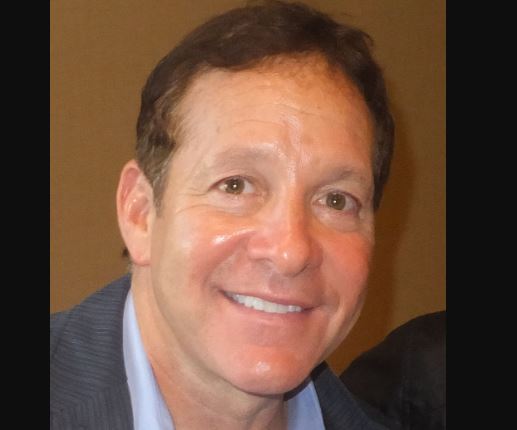 Have you ever watched any of these movies Cocoon, Police Academy, and Three Men, and a Baby? If so, then you must be familiar with the actor Steven Guttenberg who has portrayed a recurring role in all of those films. Steven Robert Guttenberg a.k.a Steve Guttenberg is an American actor, producer, and businessman.

Steve Guttenberg was born as Steven Robert Guttenberg on August 24, 1958, in Brooklyn, New York City, the United States of America. Guttenberg holds an American nationality and belongs to white ethnicity. Similarly, he is the son of a surgical assistant, Ann Iris and electrical engineer Jerome Stanley Guttenberg.

Guttenberg had his first screen credit in the television movie Something for Joey (1977) after playing an uncredited bit part in Rollercoaster. He starred a role in 1977 California high school comedy The Chicken Chronicles. He has appeared in dozens of television series like Players, Can’t Stop the Music, Diner, Short Circuit, and It Takes Two.

Moving onto Steve’s relationship status, he is a married man. The actor walked down the aisle to get Emily Smith on January 19, 2019. Their wedding ceromany was held in Malibu, California, in the United States.

The power couple was introduced by their mutual friend Scott Rapoport in 2014.  Emily moved into Steve’s house in Pacific Palisades, Calif, a year later after meeting on a blind date. Initially, Steve and  Smith were engaged since December 2016.

Three Men and a baby actor tied the knot with Denise Bixler on September 30, 1988, after dating some years. For the wedding, the former couple along with their loved ones went to Steve’s hometown. Besides, Denise is a popular American model who has worked for several agencies.

Even though the couple had a great start, they failed to continue their relationship. In 1992, it was announced that the couple is getting divorced. Yet, the duo hasn’t revealed the details about their separation. After the two parted their way, Guttenberg began dating reporter Anna Gilligan.

They were often seen in public places together, spending quality time with each other. However, the couple never addressed the rumor, and the news about the relationship faded over time.

The Police Academy actor earned a decent amount from his long career. His estimated net worth is $15 million as of 2019. Guttenberg has appeared in many movies and television shows which is the source of his income. As an actor, Steve hasn’t revealed his annual salary but as per payscale, the annual salary is at $50000.

However, Steve might be earning more than the estimated one, since he has worked in hit films and television series. One of his films, Police Academy has earned $149.8 million in the box office, while the total budget of the movie is $4.1 million. Currently, he resides in a small one-bedroom apartment on the Upper West Side.  Exploring his Instagram account, Steve is living a lavish lifestyle.

How old is Steve?

Talking about Steve Guttenberg’s age, he is 61 years old as of 2019. Similarly, the actor stands at a height of 5 feet 10 inches or 1.79 m tall. Likewise, Steve has brown hair and a pair of blue eyes.