The 38-year-old, Kendall Lamar Taylor is an American Busines Executive whose fame rocketed after marrying the former American Idol and famous R&B singer Fantasia Barrino. The couple married in 2015 and is still going strong.

As of now, Taylor is the President of Rock Soul Inc, based in Charlotte North Carolina. Previously, he worked as the Chief Operating Officer of Metro transportation, LLC. Kendall is a member of the Charlotte Urban League and Men Who Care Global.

Kendall Lamar Taylor was born on August 10, 1980, in Wiesbaden, Germany under the birth sign of Leo. The details about his family background are unavailable. He holds dual citizenship of German and American. However, when he was just a teen, Taylor began experimenting with drugs, sex, and alcohol. Therefore, he had a rough childhood growing up.

When Kendall was 15, he had a child named, Trey. On June 17, 2019, he shared a sweet picture of his son and grandson. Hence, we can say that Kendall had a lot of responsibilities as a teenager. Nevertheless, he is enjoying his present status now.

Talking about Kendall Taylor’s married life, he is a married man. He married the R&B singer and songwriter, Fantasia Barrino. Their nautical wedding ceremony took place on June 18, 2015, in a black, white, red, and silver theme. Well, the couple made their first public appearance in the fall of 2014. As of now, Kendall and Fantasia are married for over four years.

Who is Fantasia? She is the winner of the third season of the reality tv series, American Idol in 2004. Likewise, in 2012, the VH1 network ranked her number 32 out of the 100 Greatest Women in Music. Together, the couple doesn’t share any children. However, both Kendall and Fantasia have children from their past relationship.

You may like: Katie Stevens Bio, Net worth, Boyfriend

As of 2019, Kendall Taylor has a net worth of $700,000. He is the President of Rock Soul Inc, based in Charlotte North Carolina. Additionally, Kendall earns an annual salary of over $120,000 from his career. Besides, he is the former Chief Operating Officer of Metro transportation, LLC.

Meanwhile, Kendall’s wife, Fantasia, has a net worth of $5 Million, as of 2019. In November 2004, she released her debut studio album, Free Yourself which sold over two million copies worldwide.

Kendall currently is the president of a company called, Rock Soul based in North Carolina. Also, he served as the Chief Operating Officer of Metro transportation.

Further, he was honored at the Lowe’s Pride Awards as the 2014 Pride MBE of Distinction Winner for his success as a Businessman. 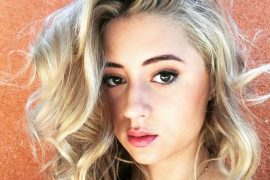