Kevin Doyle is an English actor who is better known as the perpetually unlucky butler-turned-footman Molesley in Downton Abbey (2010). Further, he appeared in shows such as Happy Valley (2014), Scott & Bailey (2011), and the 2016 ITV TV Mini-Series Paranoid (2016).

Who is Kevin Doyle? Bio and Age

A native of Scunthorpe, Lincolnshire, England, Doyle was born on 10 April 1960. His star sign is Aries. He holds an English nationality and belongs to the white ethnic background. He earned a degree in history through the Open University, a distance-learning school.

However, there is no information regarding his parents and siblings.

Doyle made his acting career debut with BBC’s TV series Blott on the Landscape. The following year, he appeared his movie debut portraying the character Demetrius in A Midsummer Night’s Dream.

In 1997, he booked the character John Parr/Fisher in series The Lakes. His other notable work in TV series includes At Home with the Braithwaites, Blackpool, Drop Dead Gorgeous, Midsomer Murders and Many more.

Apart from movies and TV series, he has worked extensively in theatre, including over ten productions with Royal Court Theatre.

Is Kevin Doyle Married? Know his Wife and Children

Doyle is a happily married man. He tied the knot with his girlfriend, Olwen May in 1996 in a secret wedding ceremony. His wife, May is an actress and theatre director. The couple starred in TV series Happy Valley, where Doyle appeared as DS John Wadsworth and his wife portrayed the character, Mrs. Beresford.

However, the couple seems to be private persons when it comes to their personal life. There is no information about their children.

Doyle has an estimated net worth of $1 million as of 2019. He has earned his wealth widely through his acting career. Active in the industry since 1982, he has starred in almost 3 dozen of movies. As per the report, he makes annually over $200,000 from his acting projects.

BBC1. 9pm every Tuesday for 6 weeks and then on Netflix at some point in the not too distant future. Get some 'Happy Valley' in you!

Furthermore, his up-coming movie Downton Abbey will add the good sum to his net worth.

He owns a house in West Yorkshire, where he resides with his wife. 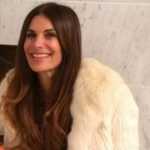 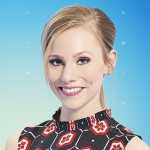