Are you basketball enthusiastic? If Yes then you must be familiar with the name Kyle Korver. He is an American professional basketball player who plays as shooting guard/Small forward for Milwaukee Bucks of the National basketball association. He has played basketball for professional clubs like Utah Jazz, Chicago Bulls, Philadelphia 76ers to name a few.

Kyle is married to American singer Juliet Richardson. So how is his married life? What about his kids and net worth? To find out continue reading the article below:

Kyle Korver born as Kyle Elliot Korver on March 17, 1981, in Paramount, California to father Kevin Korver and mother Laine Korver. His father was a pastor for the Third Reformed Church in Pella, Iowa and his mom played high-school basketball and once scored 74 points in a game. 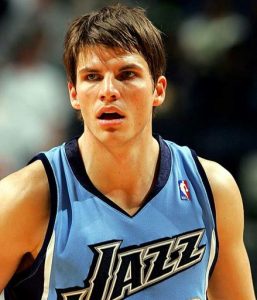 Additionally, Kyle grew up in the Los Angeles area and followed basketball club Los Angeles Lakers as a child. He grew up watching players like Magic Johnson, Kareem Abdul- Jabbar. Later he started playing basketball after his father moved to Iowa. He graduated from Pella high school where he indulged himself in playing the game. During school, he played alongside his brother. He rose through the ranks and was named to the MVC’s All bench team as a freshman in the University days.

Kover is happily married to American singer Juliet Richardson. She is famous for her songs such as Random Order and hit single ”Avalon”. The couple met through the priest in a church in Utah. At this time he was playing for Utah Jazz in 2010. They fell in love with each other and started dating for a year before tieing the Knot on August 10, 2011.

Furthermore, Kyle considers his wife to be the lucky charm in his life. He expressed his feeling towards his wife during an interview in his own words:

“Juliet is an amazing woman, and my career has gone in a whole new trajectory since I met her,”.“She has helped me navigate through some injuries, frustrations, and difficulties. Jiliet has been a steady force for me. She speaks truth into me, challenges me; and loves me. She is everything I had hoped for in a wife.”

Well, it seems like the basketball player has found the love of his life. As of now, he is happily married to the singer with no rumor of affairs and dispute until now. Moreover, they share three kids after over a decade of being together.

Kyle is blessed with three beautiful children from his over 10-year marriage to Juliet Richardson. The couple became a parent for the first time to a daughter named Kyra Elyse Korver on August 10, 2012. She is currently 12 years old and is considered as a child model as per her wiki fandom profile.

Kyle has a fortune of $30 million. He earns  $6 million annually as a salary from playing basketball. Also, he earned around $7,00,000 during his time at Utah Jazz and $8,00,000 at Cleveland Warriors alongside Lebron James.  Before moving to Milwaukee Bucks from Utah Jazz,  he hit the salary around $8,500,000. 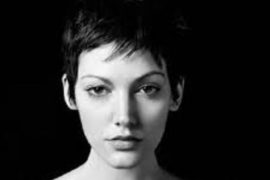 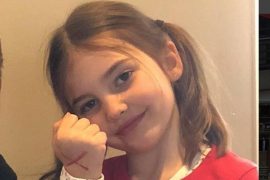