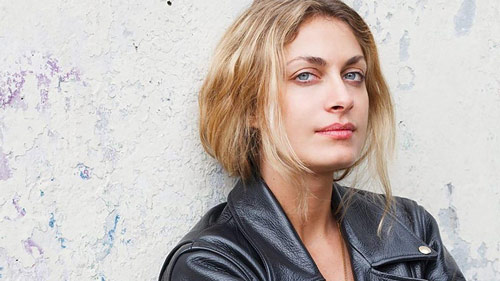 Laure Marsa Frederique de Clermont-Tonnerre also known as Laure de Clermont-Tonnerre is a French actress and director. Currently, she made her directorial movie in 2019 The Mustang. Laure also acted in movies like My Chinese Sister, The Resistance of the air of Fred Grivois, Identical Transition.

De Clermont-Tonnerre is the name that comes from a long line of French Noble family. They have participated in the history of France from 1100 to the French Revolution in 1789-99. This French actress and director has a net worth of $2 million. Let’s find out some interesting facts about her personal life and her career in films below.

Who is Laure de Clermont-Tonnerre? Her Bio and Wiki

There is not much information about her educational background as Laure likes to keep her personal life private. She is currently 35-years-old and stands tall at a height of 5 feet 8 inches.

Want to Know about Laure’s Career?

Laure started her career from 1994 and she has progressed from actor to Director. De Clermont-Tonnerre made her debut in the movie My Chinese Sister in 1994. After that, she acted in many movies like Time Regained (1999), Comedy of Innocence (2000), Identical Transition (2007).

Laure always had the talent for writing great scripts and story. So’ Atlantic Avenue was her first directorial debut but in 2019 she made her feature movie directorial debut with The Mustang. The movie cast actors Matthias Schoenaerts and Bruce Dern.

Before making the movie, Laure presented her script at Sundance Institute’s Screenwriting Lab and she won the NHK Award. Laure has also directed some episodes in the HULU series The Act. This French director has won Special Jury Award in 2015 Aspen Shortfest for her movie Rabbit. She also won in Montreal World Film Festival for her short film Rabbit.

Laure has not talked much about her dating life. But looking at her Instagram posts as well, Laure seems to be dating a guy named Simon Wallon. She is not married yet and does not have any children. There are no records of her past relationships.

Some interesting facts about her life, Laure is twice a descendant of Jean-Baptiste Colbert and of Philippe II, Duke of Orleans. Her family name De Clermont-Tonnerre is a French Noble family name which played an important role in the history of France. Laure comes from the descendant of Sibaud, Lord of Clermont in Viennois, founder of the family.

What is Laure’s Net Worth?

The estimated net worth of Laure is at $2 million. Laure makes her income mostly from her career in the film industry. She has now stepped in filmmaking but before that, she was an actress. Her movie The Mustang released in 2019 made $3.4 million at the box office.

Laure is also a producer and writer winning many awards at the different film festival. On average, an actress in France earns about $69,000 annually and for Scriptwriters, it is $51,204 annually.