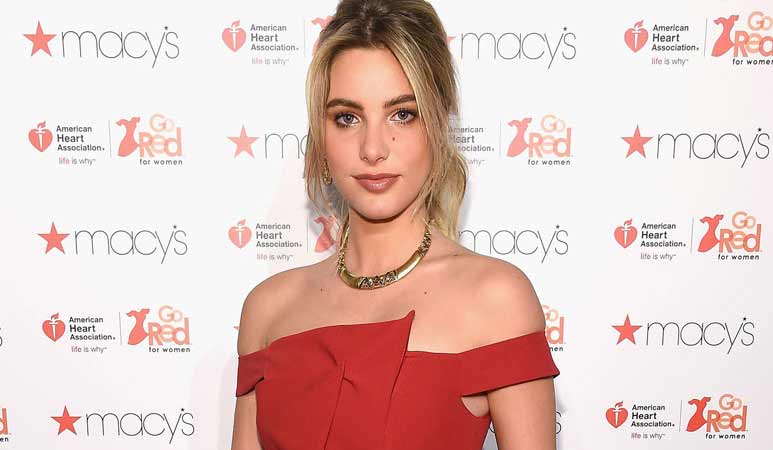 Lele Pons is a Venezuelan-American internet personality and actress, who is famous for her for her Vine videos. Pons is the first liner to get one million loops and she is managed by the company named Shots Studios. The studio manages her youtube channel as well.

Welcome to miami, Bienvenidos a miami?? (where were you raised)

Recalling her early life, Lele was born on June 25, 1996, at Caracas, Venezuela and raised in Miami, Florida, the U.S.A. She was born from architect Luis Pons and doctor Anna Maronese. Pons has no any siblings as she is the only daughter of her parents. Lele graduated from Miami Country Day High School.

In process of establishing herself as a star, Pons joined on video platform Vine. From the vine, she had 8.4 billion loops that made her the most looped person on Vine and also the most followed female person in the vine. Lele has appeared in the American horror television show Scream, just for few minutes only.

Pons has also joined and played the role of the hustler in a Youtube series, Escape the Night, by Joey Graceffa’s. Lele and Shots Studios together had the partnership to launch a youtube channel for Lele Pons. She has also appeared as one of the lead characters in Marshmello’s “Summer” as his skate date.

Collaborating with the best seller author of New York times, Melissa de la Cruz, Pons has published her book titled Surviving High School. Lele has played an important character in the movie Space Between Us and she was invited by Dolce & Gabbana to walk in the Milan Fashion Week show. She is awarded Teen Choice Awards for best Viner.

Lele Pons is an unmarried woman. She is allegedly dating fellow YouTuber Juanpa Zurita.  But, in an interview, they both have said they’re just friends. The duo even kissed onstage during the 2017 MTV Millennial Awards in Mexico.

Spreading some glimpse of lights to her personal life, Lele’s marital status is single. She is not married yet. There is no information about her love affairs, but it was rumored that she was in relation to King Bach. King is also a Viner. Lele is of Hispanic ethnicity and her religious beliefs are unknown. She has a straight sexual orientation.

Lele Pons’ Statistics and Net Worth:

Reviewing her physical features, Pons has a slim and sexy body that measures 37-27-35 inches. She has a height of 5 ft 6 inches tallness and weighs about 62 kg or 137 pounds. Pons has a beauty trademark under her left light brown eyes. Her estimated net worth is $3 million as of 2018. Pons has 30.7 million+ followers on her Instagram.