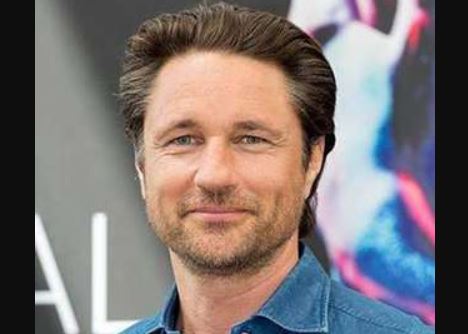 If you have ever watched medical drama Off the Map then you might be familiar with the role of Dr.Ben Keeton, which is portrayed by New Zealand actor, Martin Henderson. Also, Martin played the role of Dr. Nathan Riggs in the ABC drama Grey’s Anatomy. Henderson appeared as Cary Ford in the 2004 movie Torque.

The 45 years old Martin has gained massive fame and name in the industry with his hard works and dedication. Also, the star has gathered a huge sum of money to his bank account. If so then, what’s His Net Worth? Is he married or Single?

Martin Henderson was born on October 8, 1974, in Auckland, New Zealand. He holds a New Zealander nationality and belongs to white ethnicity. The rising star has kept the details about his parents and siblings under a wrap. However, sources said that he was raised in Auckland along with his brother.

Henderson attended Birkenhead Primary and Westlake Boys High schools. When he was 17, he declined to study at the university in favor of acting.

Handerson’s early career includes the role of Stuart Neilson in the prime-time soap opera Shortland Street from 1992 to 1995. He appeared in 1999 film Kick, and for his work in the movie, he was even nominated for an AACTA Award for Best Actor in a Supporting Role in 2000. He is also credited for films like Flyboys, Smokin’ Aces, Little Fish, Bride and Prejudice, Home by Christmas, and Devil’s Knot.

Martin played the role of Zane in 1989’s television series Strangers. He portrayed the role of Dr.Nathan Riggs from 2015-2017 in Grey’s Anatomy, featuring, Sandra Oh, Katherine Heigl, Justin Chambers, T.R. Knight, Kim Raver,  and Greg Germann. Martin is also credited for the tv series like House, Big Sky, Home and Away, Sweat, Echo Point, and Raider of the South Seas.

The 45 years old Martin has earned an excellent amount from his successful career. He has a net worth of $6 million as of 2020. The star earned such a great fortune from his career as an actor. Ever since he began his career, the rising star has appeared in a number of hit films and television series. In addition, one of his films Everest has a box office collection of $203.4 million in the box office and the budget of the movie is $55 million.

Also, his other film, The Ring has a box office collection of $48 million, while the budget of the film is $249.3 million. Additionally, Martin is working with A-listed actors and he might be receiving a big paycheque as his salary.

The Grey’s Anatomy’s actor Martin is currently in a live-in relationship with girlfriend Helen Randag. Although Martin hasn’t shared his side of the story regarding when and how they met, some sources said that the duo started dating from 2017. Since then the pair is together, without any signs of separation and rumors of extra affairs.

In the future, the couple might plan for their wedding, but for now, they are keeping their relationship a low-key. Currently, the duo is living in a home in Los Angeles, with their dogs.