Melissa Molinaro is a Canadian singer, actress, choreographer, and model. She is well known for her reality TV appearances on Making the Band 3 and Pussycat Dolls Present: The Search for the Next Doll. Most Recently, she has released a song, The One in 2013. Molinaro has made an impressive amount of net worth from her professional and multiple careers. Talking about her personal life, she is a married woman and has one child.

Melissa Molinaro was born on June 4, 1982, in Whitby, Canada. Likewise, she was born with the sun sign Gemini. In her early age, she migrated from Whitby, Ontario to Rochester Hills, Michigan.

At the age of three, she began to skate. When she turned into five, she started doing gymnastics. Then, she auditioned for the girl pop group “Goddess”, and became its lead singer when she was just 18 years old. From 2005 till 2007, she was in the MTV’s Making The Band 3 and almost won in the group Danity Kane.

So much fun tonight at the @staronfox season finale premier! Loved watching the girls perform live!! at @HondaStage#STAR#HondaStage#Sp pic.twitter.com/QnEFz4b95O

Her most recognizable role was on the comedy-drama, The Game where she appeared as a guest. She started her acting career since 2008 at the time she did her lead role in an action movie Command Performance as Venus. In 2010, she presents the project of Old Navy Commercial. As of 2011, she got even popular f=fater  releasing her song Dance Floor. This song was also posted on Youtube and it has over 4.23 Million views.

You know I had to…Without a doubt this woman has inspired me in more ways than one. Raising the bar with everything she does. Her work ethic, determination. Her attention to details that is executed to perfection. I’m just in awe! Lol Happiest Birthday to my biggest idol @beyonce love you B!! @jameslee4 @thealiyajanell @candice @penelopevazquez @brinnnicolegooch FULL VIDEO on my YOUTUBE

Melissa became a mother for the first time in 2019. Even she is pregnant she is doing her job as a model with her husband.

Where was Melissa Molinaro’s Wedding Held in? Her Baby and Husband

The gorgeous lady, Melissa Molinaro is a married woman. She exchanged her wedding vows with her long term boyfriend, Bryan Kowalski in 2016. The couple has not shared about when and how they met but they are happily living together. 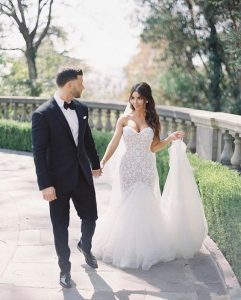 Her husband, Bryan is an American citizen whose profession is not yet disclosed. Her spouse supports her a lot even if it comes to make her grow in her professional life. In fact, Bryan is a personal photographer of Melissa Molinaro.

My favorite photographer😜 @bk_xxiv These #bts photos were shot while filming my music video WE WONT EVER STOP I love that we have these memories to look back on. Video live on YouTube LINK IN BIO 📷@_kjdre

A post shared by FITNESS APP-MOVEBYMELISSA.COM (@melissamolinaro) on Dec 1, 2018 at 1:34am PST

On February 04, 2019, Melissa gave birth to their beautiful child, London Rose. She was born with the 7lbs 7oz weight.

London Rose you are our world.

Currently, the family is having a good time and life. Moreover, Melissa is active on her social media with huge fan followers. She loves to post the pictures and videos of her day to day life. As of now, she usually posts the picture of her child.

Melissa Molinaro has made around $8 Million of net worth as of 2019. Her foremost source of income is from her acting. Molinaro has put her steps on the entertainment industry since her childhood and also has been work in many projects.

I am da captain now!

Additionally, she is a travel freak and often travels different exotic places on vacations. She often shares many pictures flaunting expensive natural beauties, expensive clothes, and different new foods on her Instagram. Thus, Molinaro is living a luxurious life with her family. 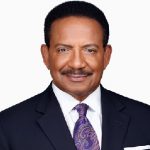 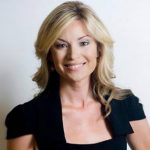