If you ever read the news and articles of the American internet media, BuzzFeed, then you will be surprised to know the former reporter of the entertainment company, Michael Hastings. The late, Michael also authored several books including I lost my love in Baghdad (2008), The Operators: The Wild and Terrifying (2011) and many others.

He was a married man, however, he died at the age of 33 just after spending nearly two years of marriage. The late American journalist had earned an impressive amount and left the net worth of reported $3 Million. Let’s find out in detail about the late journalist. Stay tuned with us.

Michael Hastings was born to his American parents, Dr. Molly Hastings (mother) and Dr. Brent Hastings (father). Until 11 years of age, he grew up in Malone along with his two brothers, Jon and Jeff. After that, his family moved to Canada. There he had attended Lower Canada College.

After shifting to Vermont, he went to study at Rice Memorial High School where he came up as a brilliant student in his class and used to be class president. After his graduation in 1998, he started writing in educational magazines including Scholastic. In 2002, he had received a Bachelor of Arts in Journalism degree from New York University.

Struggling for his career to get established in the media field, Michael Hastings interned at Newsweek Magazine at first. For a long time, he also served the Rolling Stone Magazine as a contributing editor. Following his work, his then fiance, Andrea Parhamovich was killed in an ambush. Looking at the events, he wrote his first book titled I Lost My Love in Baghdad: A Modern War Story (2008).

After his successful writing, he initiated and published his second book The Operators in 2012 that describes his traveling experiences with Stanley McChrystal and his team. He gathered a huge recognition as the reporter of the BuzzFeed Magazine. Before his death in 2013, he had published a story titled Why Democrats Love to Spy on Americans on BuzzFeed. Besides, he received the Norman Mailer Prize in 2013.

After dating for a long, the couple had exchanged their wedding vows in Holly Springs, Mississippi in a private marriage ceremony. The former couple was leading a perfect married life until the sudden death of Michael in a car accident in 2013.

Since then, Elise has never been with any guy as she is leading a single life. Nevertheless, Michael had previously dated and engaged to Andrea Parhamovich who got killed in a gunshot in Baghdad.

Currently, Michael’s widow wife, Elise is spending a single life. Besides, she is free of rumors and controversies as of 2019.

It is not a good thing for a girl to see her husband’s death just after sharing two years of married life. It was a normal day in Hancock Park, near Los Angeles, when Hastings was going in his single-vehicle automobile that suddenly crashed at around 4:25 a.m. on June 18, 2013. When the investigation team reached the location, one of the eyewitnesses talked about the speed of Michael’s car, Marcedes-Benz C250 Cupe before the crash.

After his death, many things came out as one of the reports also claimed he had a manic episode. Later, many controversies about his death started taking place. Some admitted it to be a cyberattack on Hastings’ car, whereas others stated it to be a normal car accident. When, his widow wife, Elise asked, she said:

May his soul rest in peace.

Michael Hastings was active in his career since his death at an early age of 33. He collected a hefty amount of money from his multiple works as a reporter, writer, and journalist. As per various tabloids, he left a net worth of around $3 million before his death. The average salary of a reporter in the United States is between $41.5K-$87.7K as per the Glassdoor. Therefore, Hastings lived a lavish life until his tragic death in 2013.

For more updates about famous stars, get connected to AllStarBio. 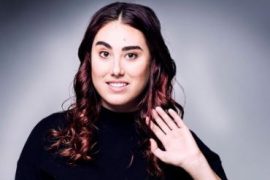