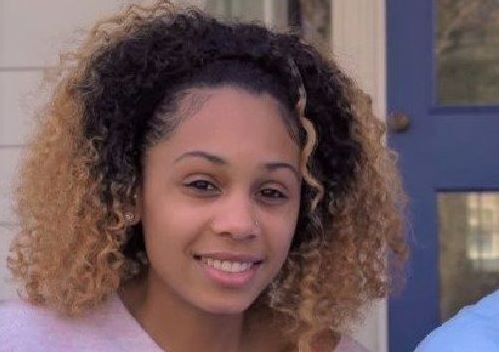 Myrna Pride is a former receptionist and pubic figure who rose to fame after marrying Joseph Morrissey. Joseph is an American lawyer and politician who got into a big controversy while having an inappropriate affair with Myrna when she was a minor.

Furthermore, Myrna is a married woman, whereas she is married to Joseph Morrissey even after the controversy. Also, the couple shares a son, and Myrna became the mother of seven children from Joseph’s past relationship.

Myrna Pride was born on March 20, 1996, in Richmond, Virginia, USA. She is the daughter of Coleman Pride and Deidre Warren. She grew up alongside her older sister Deidra Pearson Pride.

Pride began her career after joining Morrissey’s Firm. She joined the Firm in August 2013 as an intern. After working there for a while, she began working as a receptionist and became a secretary for Joe Morrissey.

While working for Morrissey, Myrna received lots of texts from Joe. Due to that, Myrna’s older sister, Deidra Pearson, became concerned for her younger sister. At that time, Pearson discovers from Myrna’s friend that Myrna and Joe have been exchanging sexual texts.

After some time, Myrna gave birth to his baby in March 2015 at the age of 17. At first, Joe denied the paternity of his son, but later on May 20, 2015, he confirmed the paternity of the boy. Even though Morrissey and Myrna had a sexual relationship while she was seventeen, the two maintain that no sexual activity occurred before she was of legal age.

After the investigation, Joe was charged with Multiple Felonies when they found out he had a nude picture of Myrna and even shared it with his friend. At that time, he was campaigning for a state senate seat from Virginia 16. In the beginning, he refused the charge and also refused to resign from the House. But the evidence was stacked against him, and he finally decided to accept the consequences and went to prison for six months as a punishment.

Myrna Pride and Joe Morrissey are married now, and the couple shares three children. Moreover, the couple exchanged their wedding vowed on June 11, 2016. But the couple already had children before their marriage. In 2015, Myrna gave birth to their firstborn child, Chase Morrissey.

Before marrying Myrna, Joe was already in a relationship with three women with whom he had kids together. But for now, the couple is taking care of seven children Bella, Maverick, Kennedy, and Chase are the names of their four children, whereas we still don’t have the information about three other children.

Net Worth of Pride

Being married to a celebrity is still a dream for many people. At the same time, Myrna is married to one of the most famous people in America, which made her popular overnight. Moreover, Myrna had her career back then, but in current days she is helping his husband for his campaigning for a state Senate seat. Yet, she hasn’t revealed her net worth in the media.

On the other hand, Joseph has already earned a massive net worth from his firm and career. He has an estimated net worth of $25 million. He amassed such fortunes from his career as an American Democratic politician and lawyer.

Since her rise to fame, many fans have been curious to know more about her professional and personal life. To those fans wondering about her social status, she is active on her Instagram and Twitter handles.

Sadly for her fans, she hasn’t posted any media on her Twitter, and she occasionally posts on her Instagram handle. Still, despite not posting much, she has gathered thousands of followers.