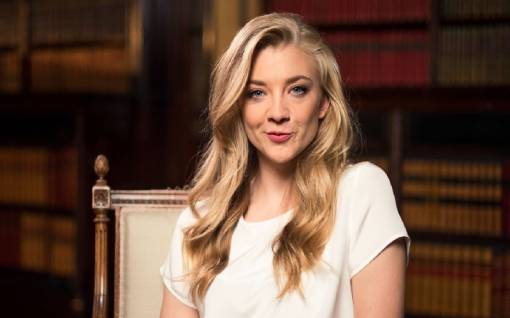 Natalie Dormer, the beautiful actress best known for her role in the hit HBO series, Game of Thrones. In the series, she has played the role of Margaery Tyrell. Likewise, she has also starred in series like The Tudors, Elementary, and in The Hunger Games.

The actress is successful to accumulate a huge amount of net worth and fan followers. So, how much is her net worth? Is she dating someone? Here is all the information about Natalie Dormer you might be eager to know about.

Natalie Dormer was born on 11 February 1982 in Reading, Berkshire, England, UK. As per nationality, she is British and she is has mixed ethnicity, English, Norwegian, and Welsh. She is born to parents Claire Richards and Gary Dormer.

Growing up, the actress spent her childhood along with her two siblings including a brother Mark and a sister, Samantha.

Regarding her childhood, Dormer joined Chiltern Edge Secondary School and later she completed her education from Reading Blue Coat School. She graduated from Webber Douglas Academy of Dramatic Art and also trained herself in Allenova School of Dancing.

Who Is Natalie Dormer’s Boyfriend? Is She Married?

Natalie doesn’t seem to be interested in relationships and love life. From her posts and pictures, it is clear that the gorgeous actress is single as of now. It seems like the young actress is only focusing on her career and has no plans to be involved in a relationship.

Though Natalie Dormer is single at this moment, she was in a relationship with an actor, Anthony Byrne. Moreover, Natalie and Anthony got engaged in 2011. Unfortunately, after being together 11 years the duo got separated in November 2018. The news of their split came after she admitted that it was difficult to produce the movie as a duo.

After graduation from Webber Douglas, Dormer won the role of Victoria in Casanova in 2005. In the same year, she played in the in Distant Shores.

Natalie’s Role In Hunger Games and Game of Thrones

The actress’s noteworthy character is considered to be as Margaery Tyrell in the HBO series Game of Thrones. She along with her rest of the ensemble cast was nominated for four Screen Actors Guild Award for Outstanding Performance by an Ensemble in a Drama Series in 2012 to 2016. The cast was also awarded the Empire Hero Award in 2015.

For Natalie’s outstanding performance in the third season of the show, she won the Ewwy Award for Best Supporting Actress – Drama.

Natalie also played in the films The Hunger Games: Mockingjay – Part 1 and Part 2 as Cressida. She describes the role of empowering, and having her head shaved was “terrifying” and “liberating”.

Natalie Dormer’s net worth is estimated to be around $6 Million as of 2019. She has earned the fortune from her successful acting career. As she is still active in the industry, her net worth will be more than estimated in the coming future.

Moreover, the beautiful actress Natalie earns a good amount of salary from her acting and modeling career which is reported to be around $11,000 to $13000 per episode.

Some of her movies and box office collection with the budget are listed below;

Dormer has run the London Marathon. First in support of Barnardo’s in 2014 and second in 2016 for Childline. On World Humanitarian Day in 2016, Natalie Dormer has given a speech at the United Nations Headquarters in New York City.

The event aimed to highlight the plight of refugees around the world. She also stands against the violence suffered by women and girls and called for men and boys to be engaged in the conversation.

Natalie Dormer’s age is 37 years old as of 2019. The actress stands at a height of  5 feet 5 inches tall and weighs around 56 kg. The actress has well maintained her physique so well which measures 34-25-35 inches.