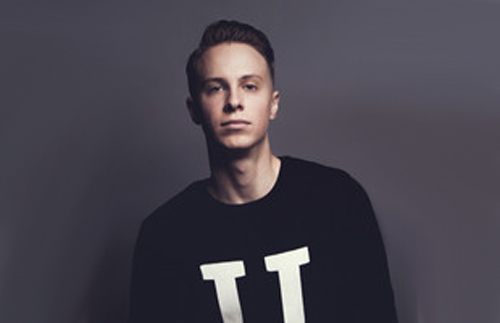 Nick Shanholtz is an American actor and music producer, famous as the DJ who works as Lost Kings with Robert Gainley. The Lost Kings gained huge fame for their work on remix songs by Rihanna, Vance Joy, and Imagine Dragons.

Nick Shanholtz was born on 22nd December 1988, in Baltimore, MD. Born to his American parents, Shanholtz is of White ethnicity and holds American nationality. Shanholtz grew up in Baltimore and East Coast. He was interested in music and wanted to be a professional musician. At the early age of eight, Nick began playing drums.

Moreover, Nick also played guitar and piano at fifteen, which furthered his interest to write and produce music. Meanwhile, he also attended Patapsco High School. After completing his high school, Shanholtz enrolled into Berklee College of Music. In addition to further his career, Nick shifted to Los Angeles and attended LA Recording School in 2010.

Also read: Who is Samantha Marie Married? Details on her Married life and Children

During his days in Los Angeles, Nick met Robert Gainley via a mutual friend, as both of them had an immense love for music. Soon after Shanholtz and Gainley met, they started working together. The Lost Kings was formed in 2014 during Gainley’s birthday. After the launch, Nick and Robert received a contract with Disruptor Management, which managed by Adam Alpert and Enes Kolenovic.

The two started off with releasing remixes of the songs. In 2014, they released an unofficial remix of Disclosure’s Latch featuring Sam Smith. Later, on 26 January 2o15, Billboard published their official remix track of I Bet My Life by Imagine Dragons.

The following year, Shanholtz and Gainley received Rihanna’s top chart song ‘Work’ to make an official remix. Since then, the duo gained huge popularity, as they started performing on festivals such as EDC, Sunset Music Festival, Billboard’s Hot 100 Festival, and Made in America Festival.

The Lost Kings also made a debut performance at Ultra Music Festival in 2018. The following year, they also released songs with Loren Gray, Social, Wiz Khalifa and more.

Shanholtz seems to be single as of 2019. Till date, Nick is not spotted dating anyone and wishes to keep it low profile too. He might be dating someone secretly, however, it is still a mystery.

Nick spends most of his time in music and studio.

Shanholtz earns a decent amount of money from his career as a musician and music producer. As the one-half of The Lost Kings, he earns heavily for his credits and performing in shows. As of 2019, Shanholtz capital is $1 Million.