The famous member of the reality show Jersey Shore, Snooki is an American television personality. Her birth name is Nicole Elizabeth Polizzi. Polizzi is also an author, professional wrestler, as well as a dancer. Nicole gained popularity from Jersey Shore in 2009 and since then has appeared in many talk shows, web series, and events.

In 2014, Snooki married Jionni LaValle, fellow cast member of Jersey Shore. The couple welcomed three children and are living happily in Florham Park, New Jersey, USA. What is her net worth? Let’s find out more details about Polizzi.

Who Is Nicole Polizzi? Her Bio, Height, And Age

Nicole Polizzi was born on 23rd November 1987, in Santiago, Chile. She was adopted when she was six months old by Andy & Helen Polizzi who are of Italian and American descent.

Polizzi is part Romani, South Asian, East Asian, Middle Eastern, Jewish. Nicole is not genetically Chilean. Snooki is 4 feet 8-inch tall. She grew up in New Jersey neighborhood with her father working as Volunteer Firefighter, auto-salvage supervisor and her mother was as an office manager.

Polizzi’s nickname Snooki has a story behind it. Nicole received her nickname in her school after a movie character “Snookie” from the movie Save the last dance. Polizzi was the first girl among her friends to kiss a boy in middle school. After that, her friends named her Snooki.

Snooki started her work in the MTV’s Is She Really Going Out With Him? a reality show based on women dating obnoxious or arrogant men. Her most notable role came in Jersey Shore which earned her wide fame.

ITS HAPPENING now!! So much fun shooting this show with @nicotortorella #tattoofar

Some other reality shows, Nicole appeared in are Snooki & Jwoww with Jennifer Farley and in Nicole & Jionni’s Shore Flip with her husband in early 2016. In 2013, Snooki participated in Dancing with the stars, partnering with Sasha Farber but got eliminated after reaching 8th place in the show.

Snooki was put into trial after she was arrested in Seaside Heights for disturbing the peace, disorderly conduct, and criminal annoyance of others. Nicole was shooting for Jersey Shore during the time and was charged $500 fine and community service for the release.

On 31st May 2011, Nicole faced custody when her car collided with a parked traffic police car. The same year, Polizzi sued SRG Ventures for breach of contract. She signed a deal with the company for the production of Snooki brand watches, shoes, lingerie but the company countersued her and her manager.

Who Is Nicole Polizzi’s Husband?

Polizzi married her Jersey Shore cast member Jionni LaValle. She met him on the set of Jersey Shore. Nicole hooked up with him in the first episode of season three. It did not turn out to be a one night stand and soon they got engaged.

Happy Valentine’s Day to my hunnie 🔥 you are everything I’ve ever wanted and more. Thank you for all that you do for me and blessing me with our beautiful children ♥️ you’ll forever be my squishy @jlavalle5

Nicole and Jionni welcomed the first child Lorenzo Dominic LaValle on August 26, 2012. After the birth of her second child, Giovanna Marie LaValle, Snooki got married to her fiance on November 29, 2014. Later, in October 2016, Nicole went through a Breast Augmentation to obtain C-Cup.

Snooki has 12.3 million followers on Instagram, through which She announced her pregnancy with the third child who is to be named Angelo LaValle.

After Snooki was punched in the face, her fees for appearing in the events raised from $2,000 to $10,000 per event. Moreover, Polizzi also hosts awards shows from which she makes about $15,000 per event. Nicole also received $32,000 to speak at Rutgers University for which most students complained about the use of money.

Snooki is also an author and her book A Shore Thing which sold 9,000 copies within its first month of release. On October 25, 2011, Polizzi came up with another novel Confession of a Guidette and Gorilla Beach on May 15, 2012.

Nicole’s other ventures include her team Snooki Boxing which co-promoted a cooperative venture with Final Round Promotions. They hosted the Boxing event at Resorts Casino Hotel in Atlantic City with Irish featherweight boxer Patrick Hyland. He won the event and the event was a success as it attracted considerable size crowds. 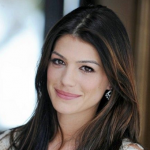 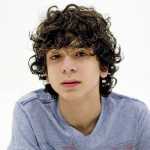