Is TikTok Star, Noen Eubanks Dating Someone Or Still Single? 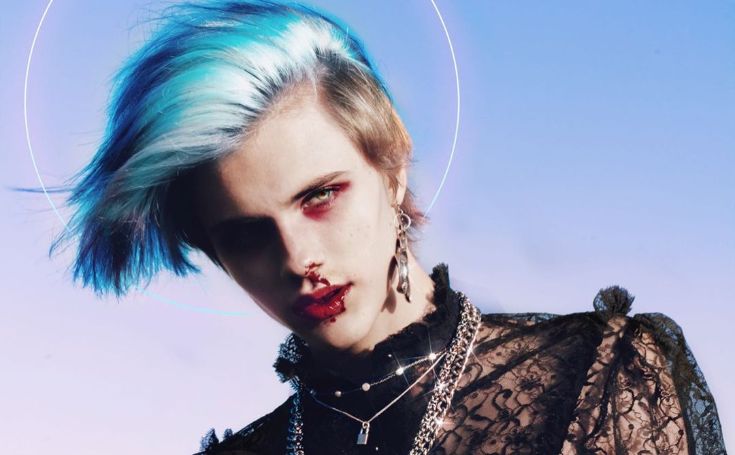 In this modernization, we live in the age of technology, and nobody can mention when a person will be known to the world. With the advancement of technology, Social Media Platforms have become a popular means of getting famous.

In the same way, Noen Eubanks is a rising American TikTok Star and social media personality. Further, he rose to fame as a Random video creator on TikTok who frequently infuses comedy and music into his content. In late 2019, the guy became the face of the fashion brand Celine and signed a deal with Facebook Gaming in June 2020.

To date, he has garnered fame for posting videos with a definitive comedic undertone on his self-titled TikTok account. If you want to know more about his personal and professional life, then stay tuned to us until the end of this article.

With Whom Is Noen Eubanks Dating Someone Or Still Single?

The social media influencer Noen became the center of attraction through his successful career in Social Media sites.

Unlike other celebrities, Eubanks is very much private about his lifestyle and has kept the borderline between his [ersonal and professional life. Following information available on the Internet, we can ensure that the TikTok Star is single as of 2022.

The good-looking man is very much early in his career. So far, he must be focusing on his career rather than spending time with people.

Until now, the fellow had many ups and downs in his former relationships; that’s why the guy might be waiting for the perfect match.

Nonetheless, his relationship status will not remain the same in the long run; hence, he will find some soon. Further, the handsome hunk could secretly be dating someone and could be waiting for the right time and the right moment to open.

Do You Want To Know Who Is Noen Eubanks, Former Girlfriend?

Twenty Years old charming man was very much open about his relationship with Abby Roberts.

Likewise, the romantic couple could be seen in each other timeline at a regular interval, and both of them could be found featuring in each other’s respective videos and posts.

As per some tabloids, the ex-lovebird began dating each other in early 2019. However, nothing much about their first meeting instance is shared with the media.

Both of them were very much supportive of each other during their blissful dating life, but sadly, this happy-looking relationship ended in September 2020.

The main reason behind their separation is still under review. After separating from each other, the ex-pair remained single and had no rumors of dating any other.

Since then, he is not wrapped by any rumors or controversies; so far, the fellow might be busy focusing on his career and developing his career at the moment.

Therefore, Noen has maintained a clean profile and has never been involved in any rumors that would hamper his professional or personal life.

Who is Abby Roberts?

Also, she has Specialized in characters from movies and detailed Halloween effects.

Furthermore, the stunning lady also has been affiliated with Morphe and Colourpop. The lady first initiated posting her unique makeup designs through Instagram in February 2013.

Also, the girl shares process videos, vlogs, and other tutorials for makeup and hair design through her official self-titled YouTube channel.

Millions Of Net Worth And Incomes

Being a prominent TikTok Star and Social Media Personality, Noen has accumulated a massive amount of wealth through his long professional career.

Without any doubt, the star is making a tremendous amount of money from creative, funny videos and sponsorship plus endorsement deals.

Also, the man probably has a fantastic car which eventually adds up to his net worth.

Reportedly, he has an estimated net worth of more than $2 Million. Working as a brand ambassador for Caline, the hunk has received a bunch of cash.

In addition to the income from social media, we believe Eubanks has been earning a significant amount of money from his merchandise.

Notably, the goods he sells from his merch has a variety of price range starting from $2 to $50.

Additionally, the five-foot-eleven inches tall Instagram model must have made a hefty sum through his deal with Facebook Gaming.

To date, he has amassed a fan base of more than 2.1 million on his Instagram account, where the handle no one knows him, and also worked at a pizza shop in Georgia before earning his following on TikTok handle.

Who Is Noen Eubanks? His Bio and Early Life

On May 2, 2001, Noen Eubanks came to this earth in Loganville, Georgia, USA, under the Taurus birth sign, making him 20 years old. Likewise, the guy belongs to American citizenship, but his ethnic background is still unclear.

Moreover, he is among the two children born to his parents; Damon’s brother and a younger sister whose identification is still unclear. Nonetheless, Noen hasn’t revealed much about his family background details to the public.

In addition to this, Eubanks was a student at Loganville High School, from where he graduated in 2019.

Unfortunately, the star has disclosed this much information about his early life with the media.

Be With AllStarBio, For More Spicy and Mesmerizing Contents On Your Favourite Superstars.