Manigault earns a huge amount of money from her successful career. If so, what is the net worth of Manigault? Read the whole article to know in details about Omarosa’s career, income, relationships, and so on.

Omarosa Manigault was born on 5th February 1974 in  Youngstown, Ohio under the birth sign Aquarius. As per her nationality, she is American and belongs to African American and Nigerian ethnic background. Her parents are, father Jack Thomas Manigault Sr. and mother Theresa M. Manigault. Her father was murdered in 1981 when Manigault was seven years old.

Likewise, her elder brother Jack Thomas Manigault Junior was also murdered in 2011 which was reported to be a “deadly lovers quarrel.” Moreover, Manigault’s elder sister Gladys Louise Manigault died on 20th February 2016 due to a natural cause. She grew up along with her younger brother Lester Midge Walker who is the youngest among her siblings.

Omarosa attended The Rayen Schol in Youngstown, Ohio and later joined Central State University in Wilberforce, Ohio. She earned a bachelor’s degree in broadcast journalism in 1996. Later Manigault moved to Washington DC and completed her master’s degree from Howard University.

Who Is Omarosa Manigault’s Husband? Know About Her Relationship

Omarosa Manigault is married twice. Firstly, Manigault got married to Aaron Stallworth. The couple tied the knot in 2000 in front of their family and friends. She even changed her last name to Manigault-Stallworth. However, the pair failed to continue their relationship and divorced after five years of their wedding in 2005.

After the divorce with her first husband, Omarosa started dating actor Michael Clarke Duncan. The couple met in the produce section of a Whole Foods supermarket. Later in July 2012, Manigault found Duncan in a cardiac arrest and performed CPR. Though Omarosa was able to resuscitate him, he never fully recovered from the heart attack and died on 3rd September 2012, after two months in hospital.

Later, seven months after the death of Michael, Omarosa was under doubt for changing his will and testament. Duncan family and friends also stated that she manipulated him in his final days and lied about her engagement and sold his belongings without the family’s knowledge.

Furthermore, Manigault later got married to her John Allen Newman. Their wedding ceremony took place on 8th April 2017, at Trump’s Washington, D.C.., hotel in the Presidental Ballroom of the Old Post Office Pavilion. Her current husband is the Senior Pastor of The Sanctuary at Mt. Calvary, a church in Jacksonville, Florida.

As of now, Omarosa and her husband are living a blissful life with no signs and rumors of divorce and affairs. The couple does not have kids from their relationship. Furthermore, neither Manigault nor her spouse John has mentioned the plans of having kids.

Omarosa Manigault’s net worth is estimated to be around $3.5 Million as of 2019. She collected such a hefty amount of money from her multiple profession. As for her TV job, she has appeared on several other reality programs including VH1’s The Surreal Life, Fear Factor, and so on.

In the show Own’s Raising Whitley she earned around $5000. She also added the extra sum of money from the shows including The Steve Harvey Show, and Late Night With Jimmy Fallon.

👊🏾 In a historic moment, Bloods, Crips and their rival sets unite on Crenshaw & Slauson in memory of #nipseyhussle

Likewise, an American reality television show participant Manigault also got paid fees between $1000 and $5000 for appearing on various events and including corporate and church function. In addition, she is also a certified special education teacher. Manigault earned around $400 as a substitute in the Los Angeles School District.

In 2016, Omarosa Manigault joined Trump’s campaign as the director of African-American outreach. She also served on the board of the National Diversity Coalition for Trump prior to that. Her annual salary working on the transition team for the businessman turned politician was around $46,000.

Later Manigault was given a job in the Office of Public Liasion and her salary increased nearly to $180,000 per year. Besides this, her late fiance Michael Clarke Duncan left one-third share of his trust fund valued between $1 million and $5 million to Omarosa. 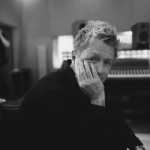 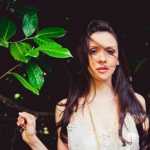