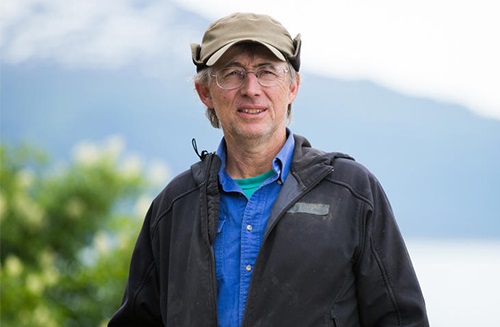 Have ever watched the reality show, Alaska: The Last Frontier which is aired on Discovery channel? If yes, then you probably recognize the main character of the show, Otto Kilcher. He is a reality TV personality as well as a mechanic.

Even though Otto is on his late 60s, he is still active in his professional life. Well, Otto is not only the one who stars in the show. Not to mention, he is accompanied by his whole family which makes the show even more better. So, how much is his net worth? Let’s find out all the details.

The famous Tv personality, Otto Kilcher was born on 19th April 1952 in Homer, Alaska, the United States as the sixth child of his parents, Yule (mother) and Ruth Kilcher (Father). Sadly, his father passed away in 1998 due to pneumonia. Kilcher belongs to the white ethnic background and holds American nationality.

Kilcher grew up along with his siblings, sisters, Wurtilla, Fay, Catkin, Stellavera, Sunrise, and a brother, Atz Kilcher. Besides this, there is no information about his educational qualifications.

Otto Kilcher had a passion for working with mechanical stuff from an early age. Eventually, he started working and fixing every broken machine in their farmhouse. Further, he became an expert in collecting, repairing and recycling useful equipment in no time which led him to be a professional mechanic. Likewise, Kilcher owns a business, Otto Machine.

However, Kilcher rose to prominence after he appeared on the reality cable television series, Alaska: The Last Frontier in December 2011. Likewise, he starred alongside his older brother Atz Kilcher and other cast members including Jane Kilcher and Jewel Kilcher. The show is about the survival of Otto and his family in the sparsely populated state in bizarre weather condition.

Who Is Otto Kilcher Married To? (Wife & Children)

The reality TV star, Otto Kilcher is married thrice in his lifetime. Firstly, Kilcher married Olga Von Ziegesar. Their marital relationship lasted only for a couple of years. Later, the two parted their ways due to some unknown reasons. Further, he doesn’t share any children with his first wife.

After his divorce with his first wife, Kilcher tied the knot with Sharon Mckemie. Moreover, the couple also shares two sons, Levi Kilcher and Eivin Kilcher from their marriage. Unfortunately, the things didn’t work out well in between them so they ended their relationship with a divorce. Although the duo is already separated, they are taking care of their kids together.

As of now, Kilcher in a conjugal relationship with a biologist, Charlotte Irene Adamson. The pair share a son, August Kilcher. Likewise, Kilcher is a step-father of Charlotte’s son Torrey. Kilcher and Charlotte are living happily together for over 20 years.

How Much Is Otto Kilcher’s Net Worth? (Income & Salary)

Not only from his TV career but Kilcher also adds an extra amount to his bank balane from his business, Otto Machine. As a mechanic and TV personality, he must be earning over $100,000 per year.