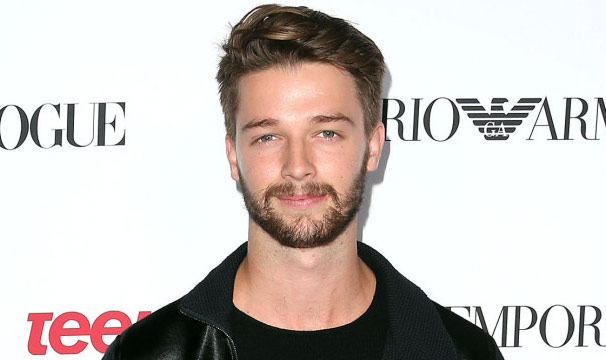 Born in the family of celebrity, Patrick Schwarzenegger entered the world of the entertainment industry at the tender age of 10. He is well recognized as an American actor and model who is highly appreciated for his excellent performance in the movie, Grown Ups 2 and Midnight Sun.

Besides this, he is also best known for being the son of actor and California governor, Arnold Schwarzenegger and Maria Shriver.

Patrick Schwarzenegger was born Patrick Arnold Shriver Schwarzenegger on 18th September 1993, in Los Angeles, California, the United States of America. He was born under the birth sign Virgo. His nationality is American and holds a mixed ethnicity.

He is the son of Maria Shriver, a journalist and an activist and Arnold Schwarzenegger, bodybuilder, and an actor who is famous for the movie Terminator.

Damn his glasses are fassstt!! & with the high waisted pants! & the pose!!Sheeesh! Happy Father’s Day big man. Lots of love. Hope I’m as cool as you one day! @schwarzenegger

A post shared by Patrick Schwarzenegger (@patrickschwarzenegger) on Jun 17, 2018 at 12:47pm PDT

He has four siblings; two sisters named Katherine Schwarzenegger, and Christina Schwarzenegger and two brothers, Joseph Baena, and Christopher Schwarzenegger. He attended Brentwood High School. Later in 2012, Schwarzenegger enrolled at the University of Southern California. And graduated from the USC Marshall School of Business with a major in Business and minor in Cinematic Arts in 2016.

Since his early age, Schwarzenegger learned acting from his father who is also involved in the acting field. Schwarzenegger entered in the field of acting at the tender age of 10. At his young age, he appeared as a child actor in the movie, The Benchwarmers under the direction of Dennis Dugan.

Later in 2013, he portrayed a major role in a comedy movie named, Grown Ups 2 where other superstars were also starred including Kevin James, Adam Sandler, and Chris Rock. In the same year, he also featured in Ariana Grande music video for the song, Right There.

In 2014, he opened the franchise of Blaze Pizza at The Grove in LA. Likewise, he also began the pizza franchise at Staples Center and USC. Furthermore, he currently signed to LA and is in pursuit of advertisement campaigns for the companies like Ralph Lauren and Armani. Likewise recently in 2018, he got a lead role in the film, Midnight Sun in the opposite of Bella Thorne.

@bellathorne cute?? Nothing like meeting your girlfriends dad for the first time… awkward.. @robriggle #MidnightSun March 23

A post shared by Patrick Schwarzenegger (@patrickschwarzenegger) on Mar 7, 2018 at 10:35am PST

Midnight sun actor Schwarzenegger accumulates a huge sum of money from his acting career. As mentioned above he is also the founder of his own company known as Prohect360. The company is a charitable clothing line that features men’s wear. According to the celebrity net worth, he has an estimated net worth of $1.5 million. However, there is no information about his salary.

Schwarzenegger is in a romantic relationship with Abby Champion. His girlfriend is an Alabama model. The couple was seen together in the 2018 Valentine’s Day. Similarly, the duo spends most of their time traveling. Recently in June, they had a great romantic trip to Hawaii.

A post shared by Patrick Schwarzenegger (@patrickschwarzenegger) on May 3, 2018 at 12:28pm PDT

Before this, he was in a short relationship with Miley Cyrus from mid-2014 to 2015. As of 2018, Schwarzenegger is living a cherish life with her partner and seems happy with his relationship. Moreover, there are no rumors of break up or quarrels between them.