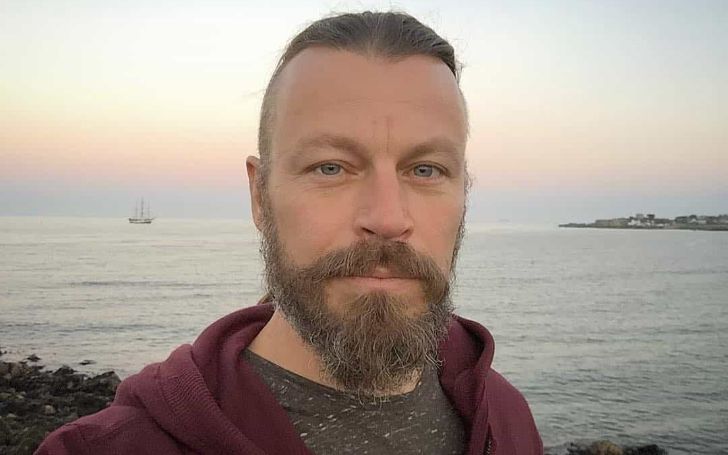 Peter Franzen, aka Peter Vilhelm Franzen, is a popular Finnish T.V. and film actor, author, screenwriter, and director who rose to height after playing the lead roles in various T.V. shows and movies. In the same way, he is also credited for his roles in the films like Trains n Roses, Kissan Kuolema-Death of a Cat, Matti: Hell Is for Heroes, and many more.

Moreover, he became thousands of heartthrob for performing his T.V. role of ” King Harald Finehair ” in Vikings and ”Jake Rosenius ” in Karjalan Kunnailla. His television roles include series like Maigret, V.I.P., True Blood, etc.

Who is Peter Franzen?

Peter came into this world on 14 August 1971, in Keminmaa, Finland. Likewise, he is of Finnish Nationality, and his ethnicity is unknown, but his birth sign is Leo. Since Peter is secretive; therefore, he is less reactive to media fame, and he has shared very few details about his family background and early life in the media.

Furthermore, from a very early age of his days, he was interested in acting; he attended the Theater Academy of Helsinki for his education.

Franzen started his career in the early 90s in commercial and different advertisement campaigns. Since then, the handsome hunk has worked on dozens of films and television series. Similarly, he made his professional screen debut in the Adventure Crime Family Film ‘Natokuningas’ in 1993 as liro.

His film works include Mystery of the Wolf, Tale of the Sleeping Giants, etc. And as mentioned above, he played a lead role in the T.V. series Vikings, from which he got huge recognition and much love from the audiences, reviewers, and Critics. Generally, he carries over 93 television credits, and he is also the producer of the movie ‘Kill Anneli.’

The Viking actor is a married man. After living in a relationship for a few years, he tied the knot with his gorgeous wife, Irina Bjorklund, a famous Finnish actress and singer. They came in contact for the first time in The Theater Academy Helsinki while studying.

In the year 1996, the romantic couple married. The duo became parents of one adorable kid from their precious marital life, a son named Diego Aaron Vilhelm Franzen, born in September 2007, and a daughter who’s still a mystery to the internet. He is leading a small family, happy family.

After their marriage, Irina shifted to Los Angeles in 1999 to live with his husband. In 2013, both moved to Roquevaire, France. And Matti actor is consistently focused on his work to put remarkable talent in the showbiz industries.

Blue-eyed, well-famed Peter is a popular actor and has consistent demand in various television programs and movies. In addition, he is still active in the entertainment field and has successfully established himself as an actor, author, screenwriter, and director.

Also, he showed his talent on several screens and made a good amount of money. Till now, he has amassed a decent net worth. According to some online sources, he has an estimated net worth of $400,000 throughout his professional career. Ever since he started his career in this entertainment field, he has won 4 Jussi Awards and was nominated five times for Jussi Awards.

Hence, having such a significant amount in his bank accounts, a well-famed actor lives a normal life with his family in Roquevaire, France.

Tune in with AllStarBio for more details about another popular actor.