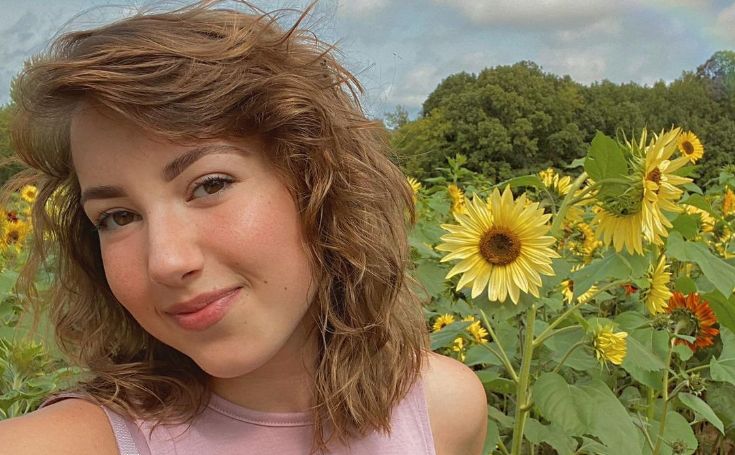 Pineapplebrat’s real name is Alice Rebexxa Klomp is a prominent American Instagram Model and an Internet Sensation. Professionally, she is a personal trainer and social media influencer.

With the rise of the use of the Internet, many others have followed a similar path of success.

Currently, Alice is working as a team member of the online brand women’s best (Sports Nutrition and Sportswear for Women). And, she opened her own YouTube channel in September 2012, having an immense fan following.

Also, the star has millions of followers under her Instagram handle, and she has gathered a ton of followers in a very short period. So tune in biography.

As per nationality, Klomp is American by nationality, and Caucasian is her ethnicity. However, she hasn’t revealed any information concerning her parents and siblings.

Klomp rose to fame only after her successful career of working as a model and a physical trainer. And, the star completed her studies at Michigan State University with a major in advertising and graphic design.

Her Relationship Status With Rebexxa Klomp

At present, the 23 years old, Alice is in a relationship with her long-time boyfriend, Alex Bozinovski, a well-known bodybuilder.

Since July 2017, the two have been dating for almost three years, and they are yet to tie their knots. And, the duo shares a very cute bond and often shares romantic pictures and videos under their respective Instagram accounts and other social media platforms.

Moreover, their fans are eagerly waiting for them to exchange their wedding vows. And, we can observe them in each other’s profiles at a regular interval sharing photos of their workout.

Pineapplebrat, Her Net Worth and Earnings

The bold personality, Rebexxa Klomp, has an estimated net worth of $1 Million as of 2021, which she has accumulated through her successful career working as a model and personal trainer.

And, the model has been in the industry for almost a decade, starting her career in the mid-2010s.

Ever since Alice has been a regular personal trainer, she has been the owner of a fitness brand, Vanquish Fitness, and has been a Woman Best athlete.

Besides, an Instagram star has a beginner’s workout guide, which starts with full-body workouts, and as the week progresses, consumers will go through more daunting exercises.

And, the Beginner Workout Guide costs as much as $39.99, which usually begins the same as her beginner’s workout guide; however, in later days, patrons will go through a series of drop sets, supersets, and working sets.

Having such fruitful earnings, she is living a satisfying life with her family.