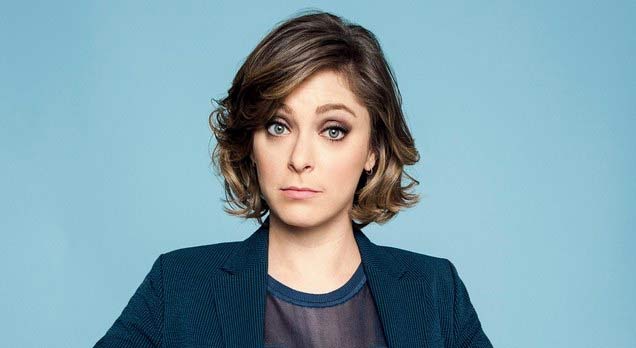 You all might be familiar with the character, Rebecca Bunch (a lawyer) from The CW’s romantic musical comedy-drama, Crazy Ex-Girlfriend. The character is played by non-other than a versatile lady, Rachel Bloom who is also a singer. She released several songs and albums which helped her to win several awards.

Moreover, like her character in the series, Bloom was also diagnosed with depression and anxiety. Besides, the actress earns a good net worth and salary from her multiple careers. Apart, she is married to her boyfriend. Know more about Rachel Bloom’s personal and professional life:

Rachel Bloom was born Rachel Leah Bloom on 3rd April 1987 in Los Angeles, California under the birth sign Aries. As per nationality, Bloom is American and as far as her ethnicity is concerned, she is White.

Furthermore, Bloom is the daughter of her mother, Shelli (a musician), and her father, Alan Bloom (a healthcare lawyer). Her parents raised her in a Jewish family. Besides, Bloom attended Manhattan Beach public school where she was involved in several school drama programs. She then earned a BFA degree in Drama in 2009 from the New YorkUniversity’s Tisch Schoo of Arts.

While studying at the university, she was the director and head writer of the school’s premier sketch comedy group. After graduation, she performed at Upright Citizens Brigade Theater in New York and Los Angeles.

Moreover, Rachel engages in both singing and acting career. In 2010, she wrote and sang the song ”F**k Me, Ray Bradbury.” She released two studio albums in 2013 including Please Love Me and Suck It, Christmas.

Regarding her acting career, Bloom is well known for her role in The CW’s romantic musical comedy-drama TV series, Crazy Ex-Girlfriend. The series starred Donna Lynne Champlin, Vincent Rodriguez III, and Pete Gardner. Besides, her career helped her to win several awards like Web Awards, Golden Globe Awards, and Gotham Awards among others.

According to Celebrity Net Worth, Rachel Bloom has an accumulated net worth of $2 million. Bloom surely collected a good net worth from her multiple careers.

Moreover, as per her, she earns $50 to $60k from her role in The CW’s series, Crazy Ex-Girlfriend. She told in an interview,

”I make about $50,000 or $60,000 for acting in an episode before taxes and paying my reps. I know it’s absurd that I don’t know the exact figure, but it’s because all of it comes in bulk and goes directly to a business manager.”

Rachel Bloom is a married woman. Similarly, she tied the knot with her boyfriend turned husband, Dan Gregor after dating for almost six years. In early 2015, the husband-wife exchanged the vows in a private wedding ceremony attended by friends and families. At the wedding ceremony, her cousin gave a performance which became the attraction.

Moreover, her husband Dan is a film director and a comedian. Months after marriage, the couple is practicing with the dog in preparation for having their own children. But the couple has no children yet.

Besides, the actress has a mental illness. She was diagnosed with anxiety, OCD, and depression. Later, she became a mental illness advocate and spread awareness about such illnesses.