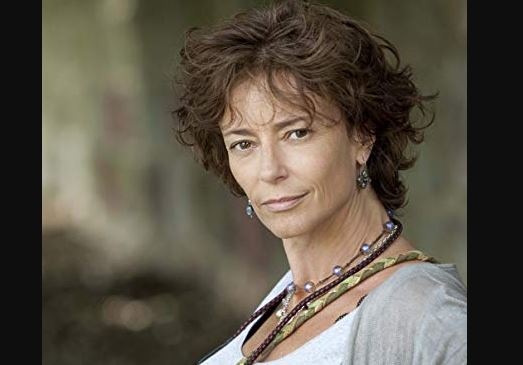 In the early 1980s, Rachel Ward listed on top ten most beautiful women in the United States. The English-Australian actress, Rachel Ward is the granddaughter of a British Conservative politician, William Ward, 3rd Earl of Dudley and great-granddaughter of William Ward, 2nd earl of Dudley. The famous star, Ward is also active on her career as a film director, TV director, and screenwriter.

The 62 years old, Rachel is married to Bryan Brown, an Australian actor since 1983. Also, they share three children from their marriage. How is her married life going on? The multi-talented, Rachel has gathered a hefty amount of money from her career and lives a lavish life with her family. So, How much is her net worth in 2019?

Stay tuned and find out in detail about her biography.

Similarly, Rachel grew up along with her sister, Tracy Louise Ward. She had a great interest in the fashion and photography model from an early age. She first studied at Hatherop Castle School and then joined Byam Shaw School of Art in London.

In order to pursue her career in her interested fields, Rachel dropped out of her school at the age of 16 and started her fashion career.

Without making any delay, Rachel Ward stepped further in her career and successfully featured on the covers of Vogue, Harper’s & Queen and Cosmopolitan magazines. She later moved to the United States from England and initially appeared in the advertisements of the Lincoln-Mercury and Revlon. She then appeared in a 1982 comedy-mystery film, Dead Men Don’t Wear Plaid alongside Steve Martin.

The 62 years old, Rachel Ward has balanced her personal life and professional life very well. She is a married woman and also loyal to her husband, Bryan Brown as they have already spent over three and a half decades of married life together and still, there are no rumors of their divorce or separation.

The couple together also appeared in the 1987 film, The Umbrella Woman. During their first meeting, Bryan tried to predict Rachel’s future of having three children reading her palm that eventually went to be the truth. The couple married after dating a while in a private marriage ceremony.

And now, they share three children together. They first welcomed their daughter, Rosie in 1984. After three years, they again got blessed with a daughter, Matilda Brown in 1987. In 1992, they gave birth to their son, Joe Brown.

Currently, the family of five is residing happily without being part of any rumors or controversies.

From her long career in the entertainment industry and modeling filed, Rachel Ward has amassed a hefty amount of money till her journey in here. As per the Celebrity Net Worth, she has an estimated net worth of $10 Million as of 2019.

One of her films, Dead Men Don’t Wear Plaid grossed $18,196,170 on the box office where the total budget for the film was $9 Million. Recently, she voiced in 2018 American animated film, Peter Rabbit which collected $351.3 Million on the box office and was made with a budget of $50 Million.

Similarly, her husband, Bryan has collected a capital of $10 Million. Together, the couple enjoys a net worth of $20 Million. They are surely leading a lavish life with their children and family.