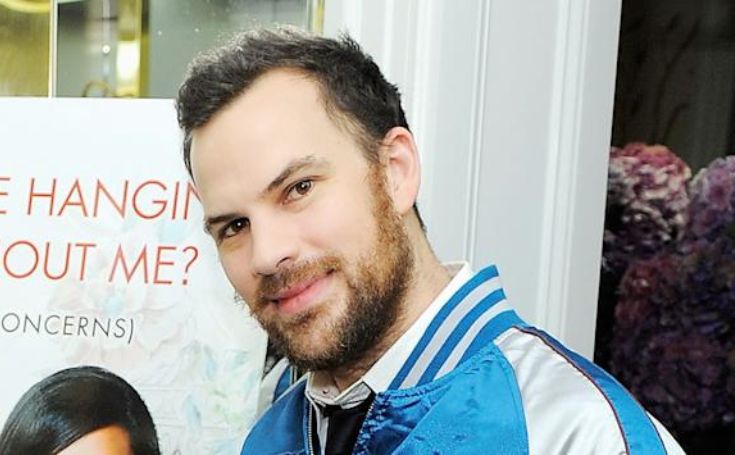 Rich Blomquist is a popular American writer, producer, and occasional actor who rose to the height of the spouse of actress, comedian, writer, and model Kristen Schaal.

Moreover, he was a former staff writer for The Daily Show, winning six Emmy awards during his employment; in 2003-2006, 2009, and 2011. Be with us furthermore to know more about Rich’s personal and professional life.

Who is Rich Blomquist?

Rich’s birth name is Richard D. Blomquist was born on July 27, 1977, in the beautiful city of the United States. Likewise, he remains an American nationality and belongs to Swedish, Scottish, Irish, German, and English mixed ethnicity.

Since Rich is secretive; therefore, he is less reactive to media fame, and he has shared fewer details regarding his family background and early life in the media. Though he is American, his own blood-related parent’s name is not revealed yet.

But we know that he is the grandson of Herbert William Blomquist and Alice Conant Jacobs. Also, his maternal grandparent’s name is David Livingstone McLellan and Evelyn Claudia Hangey Kirkpatrick.

Originally from Westbrook, Connecticut, he graduated from Westbrook High School in 1995 and later enrolled at Elon University in North Carolina; he earned a degree in Communications in 2000.

Blomquist started his career working for Saturday Night Life. After that, he published a book called ‘The Sexy Book of Sexy Sex’ in July 2010 by Chronicle Books alongside his wife.

Then, he worked for the Fox television series, The Last Man on Erath. Unfortunately, Fox canceled the series after four seasons.

After the cancellation, he wrote the animated sitcom Bless the Harts for Fox Broadcasting Company and 20th Century Fox Television until the final aired on June 20, 2021. Also, he gave his voice to the character Daniel, Louise’s husband, in Bless the Harts.

Additionally, he appeared in the Adult Swim pilot Snack ‘N’ Bacon in 2009. Besides, he has contributed material to Saturday Night Live, specifically for Robert Smigel’s TV Funhouse.

The 5ft 11 inches good-looking man is a happily married man. After living in a relationship for a few years, he tied the knot with his gorgeous wife, Kristen Schaal, an American actress, comedian, writer, and model. They have an age gap of six months, as Rich is older than her.

On September 14, 2012, the romantic couple married, and they became parents of one adorable kid from their precious marital life, a daughter named Ruby Schaal, born on February 11, 2018.

And, he is leading a small family, happy family. And, he is consistently focused on his work to put remarkable talent in the showbiz industry and fulfill his family’s needs.

Also, he showed his talent on several screens and has made a good amount of money. Till now, he has amassed a decent net worth. Reportedly, he has an estimated net worth of $1.2million from his voice-acting career and authoring books, one co-authoring with his wife.

Ever since he started his career in this entertainment field, he won seven Emmy awards in Outstanding Writing for a variety, music, or comedy program. And he has been nominated ten times.

Hence, having such a significant amount on his bank accounts, he lives a standard life with his family in the United States.

Tune in with AllStarBio for more details about popular authors, directors, and actors.