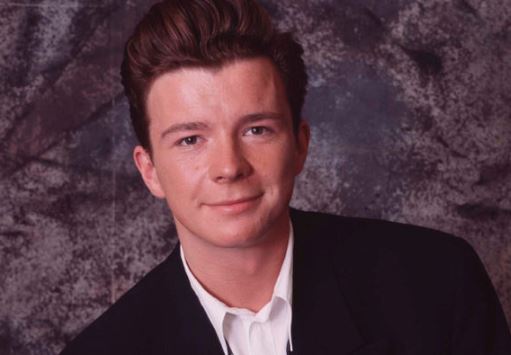 Memes can give you eternal fame and make you an internet sensation overnight. Rick Astley is one of the most famous singer-songwriters of all time. Astley has sold over 40million records of his songs worldwide and had a spanning career of more than three decades. Moreover, the video of his song ‘Never Gonna Give You Up’ became a viral meme called ‘rickrolling.’ This made him loved by many internet users around the world.

Rick Astley has multi-talents in terms of playing instruments. He can play several instruments. He is married and shares a daughter with his beloved wife. Moreover, he has amassed an estimated net worth of $16Million.

Rick Astley was born as Richard Paul Astley to parents Horace Astley and Cynthia Astley on 6 February 1966 in Newton-le-Willows in Lancashire. He was the fourth child in his family. He has three older siblings, a sister named Jayne Astley and two older brothers named John Astley and Mike Astley. His father brought up Rick after his parents ended their marriage when he was only five.

Although his parents divorced, he remained in close contact with his mother, who lived just a few blocks from his house. When Rick later found out the cause of his parent’s divorce was his dad, who kicked his mother out of the house, he distanced himself from him. Moreover, Rick Astley left school when he was only sixteen.

Rick Astley started his musical career when he was ten years old by singing in the choir in a church. Later he moved on to form and play drums in various local bands. According to Astley, The Beatles (members: John Lennon, Paul McCartney, Ringo Starr, Pete Best, and others) and The Shadow are his inspirations. Subsequently, he was a part of the band FBI, which won several local talent competitions. Astley released his debut album, Whenever You Needed Somebody, in November 1987. The album got positioned number 1 on the UK Albums Chart, and on US Billboard 200, it came to number 10.

Listen to Rick Astley’sfamous song ‘Never Gonna Give You Up’

Rick Astley released his second studio album, Hold Me in Your Arms, in November 1988. The lead single from She Wants to Dance With Me became a top 10 hit worldwide. Likewise, he released his third studio album, Free, in March 1991. Similarly, he has a total of eight studio albums. His eighth studio album, Beautiful Life, was released in July 2018. He retired at 27 but later returned to make more music.

Rick Astley married the love of his life Lene Bausager after being engaged for over 15 years. The couple first met in 1987; at the time, Rick’s career was taking off like a rocket, and Lene was working as a promoter at his Danish record label. Similarly, Rick decided to propose to Lene in 1989; they have been together ever since.

The fact that they tied the knots almost after 23 years together is surprising. According to Astley, the couple was busy with work, and it was hard for them to decide on a wedding date.

‘I have been with the same woman for 27 years but we only got married recently. It was very, very casual. We had been engaged for 15 years but we were both very busy. We just didn’t find a date in the diary.’

Furthermore, Rick and Lene share a daughter named Emilie Astley. Emilie is an artist and landscape designer. She lives in Denmark. Because of their daughter, they finally decided to exchange their vows privately. The couple lives a peaceful married life in Surrey town of Molesey.

According to Celebrity Net Worth, Rick Astley has an estimated net worth of $16Million. He earned his fortune as a singer and a songwriter. He has sold over forty million copies of his albums throughout his musical career. Typically the cost of a copy is around $13. Moreover, he has sung cover songs for famous artists like Don McLean, who is dating Paris Dylan.

Moreover, Rick has a collection of guitars. Also, he has a music studio in his house and produces his songs himself. Rick is enjoying his big amount of net worth luxuriously. However, he is said to have a quiet personality.