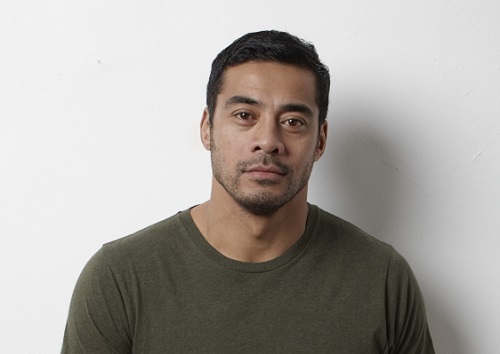 If you’ve watched the New Zealand Soap Opera series Shortland Street then you must’ve heard of Robbie Joseph Magasiva aka Robbie Magasiva. Magasiva played the role of Dr. Maxwell Avia in the series. Robbie is a Samoan-New Zealander actor who also starred in Wentworth where he played the role of Will Jackson.

In this capsule, we will discuss the details of Robbie’s early life, career, relationships, affairs, net worth, and his overall achievements. Let us take a deep dive down his life.

The Samoan-New Zealand actor Robbie was born on May 21, 1972, in Wellington, New Zealand. Magasiva was raised in a small community west of Apia, Samoa called Tanumapua. When he was 10 years old, his family moved back to New Zealand.

It's show time!!! Can't wait to share the stage with my brotha's @nakedsamoans and @conchtheatre who created this magic show.

After Robbie left his school, he dabbled around the theatre, sports and also acted in several commercials. While doing so, Robbie also worked as a receptionist at an advertising agency as well. Furthermore, Robbie’s brother Pua Magasiva is also an actor who had a role in Shortland Street.

The Wentworth actor Robbie Magasiva started his career in television in the 1990s. He began working by writing comedy. After nine years, Robbie played the role of Mason Keeler in the movie Jackson’s Wharf. However, in 2001, Magasiva starred in his first major film called Stickmen. The same year, he also joined a group called the Naked Samoans.

In addition to that, Robbie played Mauhur in The Lord of the Rings: The Two Towers by Peter Jackson in 2002. Then, after acting in films, he returned to television. Moreover, Magasiva acted in the show The Strip and continued his work with the Naked Samoans.

Crayfish and white bait fritters for this fob please.

Later, Magasiva also cameoed in Power Rangers: Ninja Storm. Along with that, Magasiva co-starred in a comedy film Sione’s Wedding. He also played a role in the horror film The Tattooist in 2007. After two years, Magasiva joined the cast of Shortland Street as Dr. Maxwell Avia.

In 2012, Magasiva left the series and later made one last appearance in September 2015. Additionally, Magasiva portrayed Will Jackson in the Australian Drama Series Wentworth which is a classic re-imaging of Prisoner.

Robbie Magasiva is happily married to his wife Natalie Medlock. His spouse is a New Zealand Actress who was born in England. Natalie’s best work as a writer is the series her husband acted in, Shortland Street and Jill Kingsbury.

The perks of being of an unemployed actor. #beachtoyourself

Although the couple lives a happy life now, they weren’t always in a good state. At the beginning of their relationship, Natalie experienced a traumatic mental breakdown after years of suffering from depression and anxiety. Their relationship almost broke after it began.

Natalie suffered from severe depression and rejected her husband’s help because, at the time, both of them didn’t know about mental illness. Medlock would feel offensive because she felt like her husband thought Natalie was at fault. It was a mental challenge for both of them.

After that, Natalie started her medication and saw the change. Eventually, she didn’t feel alone anymore and started realizing her husband’s love and support. Their relation was back on track and running on full speed.

On the other hand, Natalie is Robbie’s second wife. He was previously married to Anna Magasiva and shared a daughter Sophie Magasiva and a son Austin Magasiva. Anna and Robbie were together for 11 years and split up for undisclosed reasons.

The famous New Zealand actor Robbie Magasiva has an estimated net worth of $2 million. He amassed his wealth through his profession in acting. Furthermore, an actor in New Zealand earns $17.17 per hour and around $20,000 per year.

Upgrade on my new baby is done. ❤️❤️❤️Thank you @shaun_goodwin_77 for everything you’ve done bro and letting me be apart of the process. To Marcus @kolorinnkustoms killed it again with the paint job brotha❤️ @northaucklandharleydavidson for letting me be part of the family. #harley #streetglide #freedom #roadie #bringonsummer.

Robbie Magasiva earned millions from the movie The Lord of the Rings: The Two Towers(2002). This epic fantasy adventure film grossed $926 million at the box office which was made under the budget of only $94 million.

Similarly, Magasiva also added heaps to his fortune from the movie Sione’s 2: Unfinished Business. Playing the role of Michael, he starred alongside Oscar Kightley and Shimpal Lelisi. This movie grossed $723,000 in the box office.