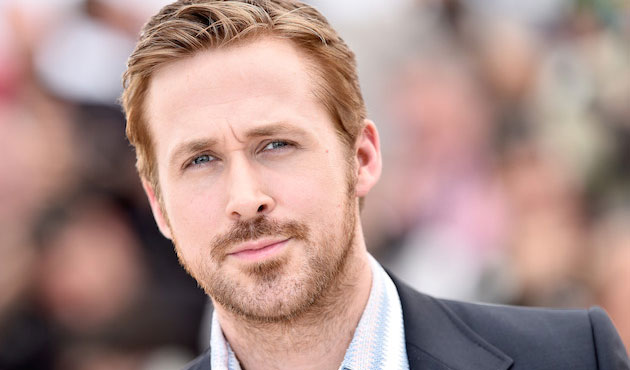 Ryan Gosling is a Canadian actor, director, writer and musician who received Academy Award nominations for his roles in the movies like La La Land and Half Nelson.

Further, he is also famous for his roles in the movie like Lars and the Real Girl, The Notebook, Blue Valentine, Drive and Crazy, Stupid, Love.

Ryan Gosling was born on November 12, 1980, in London, Canada to Thomas Ray Gosling and Donna Gosling.  He has one older sister. When he was small, his parents were divorced so he used to reside with his mother and a sister. He holds a Canadian nationality and belongs to White ethnicity.

Gosling attended Cornwall Collegiate and Vocational School. Later he joined Lester B. Pearson High School. In his early days he was diagnosed with attention deficit hyperactivity disorder and then his mother quit her job. She then homeschooled him.

When he was just 12 years old, the famous actor, Gosling auditioned for a part in The Mickey Mouse Club. He then signed a contract for two years. With his older sister, he used to sing at weddings and attended a local ballet company.

The proficient actor, Ryan Gosling began his career as a child actor. He featured in several teenage comedy series like Breaker High. In order to pursue his career in the field of acting, he quit his high school and moved to Los Angeles.

Along with Michael Pitt and Sandra Bullock, Gosling featured in the psychological thriller named Murder By Numbers. He was also cast as Noah in the romantic drama movie The Notebook opposite Rachel McAdams.  In 2006, he appeared in the drama movie entitled Half Nelson.

The following year, Gosling also featured a role of Lars in the comedy-drama named Lars and the Real Girl. As he is also a famous musician he formed a rock duo along with Zach Shields. The band released their first album named Dead Man’s Bones.

The renowned actor, Ryan Gosling has won four Teen Choice Awards in 2005.  The following year he earned the Best Actor Award at the Las Palmas Film Festival for his role in the movie, Half Nelson.

Gosling began dating his co-star, Sandra Bullock from the movie Murder by Numbers.  The couple dated just for a year and were separated. Then he dated his, The Notebook, co-star Rachel McAdams.

Later in 2011, he started dating his The Place Beyond the Pines co-star Eva Mendes. The duo was blessed with two daughters together.

Ryan Gosling’s Statistics and Net Worth:

Gosling is living a lavish life. Ryan is also one of the highest paid actors in Hollywood. As per the online sources, his estimated net worth is $60 million. Ryan Gosling is 6 feet 1 inch in height and weighs 172 lbs.