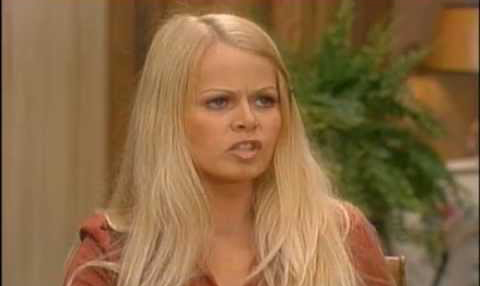 Sally Struthers, Emmy winning actress, is best known for her role as Gloria Stivic in the CBS popular TV series sitcom, All in the family. She is also known as a voice artist, an activist, and a spokesman.

Since 1970, Sally is active in the entertainment industry appearing in several TV series and movies. Read our full article to know more about Sally Struthers’ net worth and relationship.

Sally Struthers was born in Portland, Oregon, US. She celebrates her birthday on July 28, 1947, as of 2019, she turned 72 years old. Sally belongs to American nationality and holds white ethnicity. She is the daughter of Margaret Caroline and Robert Alden Struthers, a surgeon.

When Struthers was nine years old, her father left her family. She grew up with her mother. Sally grew up with her sister, Sue Struthers in Oregon where she pursued acting after high school. She later moved to Los Angeles and trained at the Pasadena Playhouse College of Theater Arts. Sally Ann Struthers was the most promising student at the college.

The beautiful actress, Sally stands at the height of 5 feet 1 inch i.e. 1.54m. Similarly, she weighs approximately 54 kg which is similar to Danai Gurira. Her hair color is blonde and eye color is Blue. She has maintained her physique fit and healthy.

Sally Struthers is currently single. However, she previously married to William C. Rader, a US psychiatrist. The couple tied the knot on December 18, 1977, at an intimate ceremony in the presence of their closed ones and family members. Rader also co-wrote one of the episodes of her series, All in the Family in 1977 and participated in negotiations with TV management. The couple shares a daughter, Samantha Rader, who graduated from Vassar College with a degree in Cognitive Science in 2001.

On January 18, 1983, the couple divorced in Los Angeles. However, even after the divorce, they keep in touch with one another. Carroll O’Connor is referred to by Struthers as her best friend and mentor who guided her to act. Struthers was a Christian Children’s Fund spokesperson (later renamed ChildFund). She is also associated with the International School of Correspondence in television ads with the famous pitch line,

Do you want to make more money? Sure, we all do!

Her activism was satirized in episodes of various popular TV series such as Grey’s Anatomy, In Living Color, South Park and in the song of Denis Leary, Voices in my Head.

Sally Struthers started her acting debut in the 1970s by appearing in Five Easy Pieces. She came into fame after starring as Gloria Stivic on the CBS sitcom, All in the Family. She was first noticed by Norman Lear, the show producer, while Struthers danced at The Smothers Brothers Comedy Hour.

The series became the biggest hit of CBS with millions of viewers. Moreover, she won two Emmy’s for her role as Gloria in 1972 and 1979. In 1973, 1974, and in 1977 she won Golden Globe Awards for Best Performance by an Actress in a Supporting Role in a Series, Miniseries or Motion Picture Made for Television nominations.

From her successful acting career, she has an estimated net worth of $8 million back in 2017.  In 1972, she appeared in the film; The Getaway which donated $36.7 Million to the box office, which was $3.3 Million under the budget. Likewise, her other films did a good job in the box office.

Moreover, back in the 1970s, she denied the Playboy magazine’s offer to pose naked, this fact proves that she is not desperate for money and already earns enough for herself. Whatsoever, she is living a lavish life in 2019.