The Rock music fans around the world were in a shock on July 20, 2017, after Samantha Marie Olit ex-husband Chester Bennington hanged himself. Samantha, however, was divorced nearly a decade ago before this happened. In all these years, Did Samantha Marie moved on from her failed marriage?

There are lots of news about Chester’s former wife dating some guy. Who is he? Read along as we explore more about Olit’s current relationship status and her divorce with Chester Bennington in 2005.

The former wife of Linkin Park vocalist is dating someone. As per IB Times, Marie Olit is in a relationship with A.J. Williamwood. The media personal caught Olit and Williamwood together in 2017.

She split from her former husband Bennington in 2005 and since then she might’ve dated some men. But Marie Olit does not like to talk about her personal life so, there is no confirmation about her past relationship prior to A.J. As per many online sources, Marie raised her only son during that time period from 2005 to 2017.

Marie has not uncovered her affair with Williamwood so, there is still a dilemma about whether she is single or not. As long as Marie does not talk about her relationship status we can assume she is single for the moment.

The former couple married in 1996 in a private affair which was attended by their close friends, family members, and loved ones. Not much is known about their marital status. But by looking at some photos available, we can assume they must’ve enjoyed every bit of their married life.

However, all’s not well in the Bennington’s married life as the couple decided to end their relationship. After being in a marital relationship for nine years, the pair filed for divorce in 2005. There is an official statement provided about their reason for the split but we can connect dots by observing the events happened before and after the divorce.

In 2004, Chester Bennington fell in love with Talinda with whom he married later in 2007. Talinda Ann Bennington might be the reason for the split of Marie Olit and Linkin Park vocalist.

After the vocalist committed suicide in July 2017, his former wife Olit filed a claim of $502,500 as child support. According to Marie, her late ex-husband failed to pay for the child support from 2012-2017. Olit gave birth to a son Draven Sebastien Bennington on April 19, 2002, three years before the split.

Marie claimed the money with interest from the singer’s estate. Not just that, she also demanded the late singer’s non-touring merchandise and other royalty music rights. More details are yet to come about the legal battle. 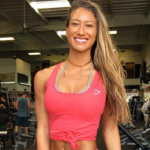 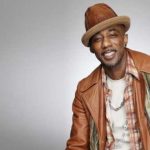 How Much is Ralph Tresvant Net Worth? Income in Details