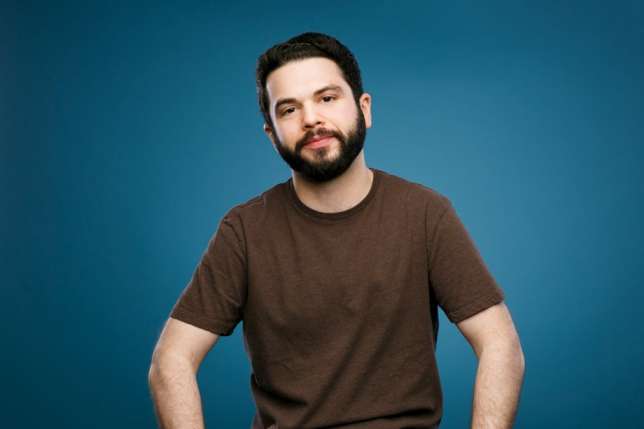 An American actor and comedian Samm Levine is known for his role of Neal Schweiber on NBC’s short-lived Freaks and Geeks and also in the 2009 film Inglourious Basterds. He is also the host on the internet talk show Kevin Pollak’s Chat Show. In addition, he also played in the film Vacation and Inglourious Basterds.

Samm has well maintained his career but how is his personal life behind the camera. Is he married or dating? Who is his girlfriend or wife? To know the answers read the article below.

Samm Levine was born on March 12, 1982, in Chicago, Illinois. He is of American by nationality and belongs to Ashkenazi Jewish ethnicity. He is the son of mother Lynne Levine and father Harris Levine. His mother is a mortgage broker whereas his father is a dentist.

It seems like Samm is very close to his family as he wished his mother on the occasion of Mother’s Day writing,

I'd like to wish my mom a very happy Mother's Day. Too bad there's absolutely no way she'll ever see this. #OrAText #OrAnEmail

In the same way, Samm mentioned his father in one of his tweets and shared a fun fact regarding his father.

Fun fact: Today is my father's birthday. Exactly nine months from today is my birthday. This is the part of the story where I throw up.

Samm also shared a photo with his brother on the occasion of National Siblings’ Day, which was captured during their minor league days. We can say that Samm Levine is truly a family guy.

Is Samm Levine Dating? Know About His Girlfriend

Many of Samm’s fans and well-wishers wonder if he is single or dating someone. Well, we are here to clear all your doubts and curiosities. The 35 years old actor, Levine is yet to be married. He likes to keep his love life in a low key and far from media.

In 2011, Samm had tweeted about his secret girlfriend, which indeed created curiosity among his fans and followers. He also shared his girlfriend’s suggestion in one of his tweets back in February 2011.

My girlfriend thinks I should tweet more. Guess my bowel updates aren't frequent enough for her. #BeCarefulWhatYouAskFor

Samm was rumored to be dating Gaby Dunn, but neither of them provided an official statement on the matter. Currently, Samm seems to be single and focused on his career rather than involved in any kind of relationships.

Samm began his career, performing stand-up comedy at bar mitzvahs at an early age of 12. In 1997, he made his first debut in the American soap opera One Life to Live broadcast on the ABC television network as Hector. Moreover, he also wrote a TV game show Strip Poker. In addition, Samm has played in several TV shows in 2000 including Ed, The Trouble with Normal, Spin City, Yes, Dear, Freedom.

I'm no longer sworn to secrecy and can finally announce how THRILLED I am to be a part of @TheDCUniverse’s upcoming show DC Daily! Can't wait to get my geek on with this INCREDIBLE group as we share breaking news and cover all things DC! Launches Sept. 15, subscribe now!

Levine was cast in the sixth and final season of ABC’s Lost in a small role. Further, he also made his appearance in 2001 when he starred in American teen comedy film Not Another Teen Movie. In the film, he played along with Mia Kirshner, Deon Richmond, and Cody McMains. In addition, his other films credits are Made for Each Other, Sydney white, I Love You, Beth Cooper, Anderson’s Cross, Columbus Circle, and many others.

Samm Levine’s net worth is estimated $2 Million as of 2019 which he collected from his acting career. Since 1997, Samm is active in the entertainment industry and has starred in several popular movies and TV series.

He earns an average annual salary of around $150k. As he has a long way to go through his career and has several upcoming projects so it’s sure that his net worth will increase in the upcoming days.