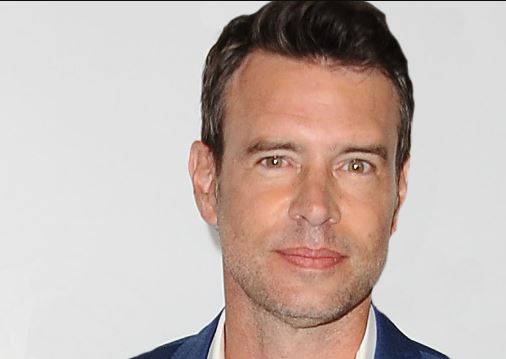 The Unit, Scrubs, Felicity and Scandal, if you have watched any of these television shows then you might be familiar with the actor Scott Foley. Foley is an American actor, director, and screenwriter. He played the lead character in ABC’s drama Whiskey Cavalier.

Scott Foley tied the wedding knot with his long time girlfriend turned wife Marika Domińczyk in 2007. The relationship between the duo is going great as there is no news of their divorce. This is, however, a second marriage for Scott after he ended his first marriage. Would you like to know more on Foley’s married life and children? If so then read the whole article.

As said above, Foley is a married man and he was married twice in his life. He became engaged with his now-wife, Marika in 2006 after several years of dating. The couple exchanged their wedding vows in June 2007, a year after their engagement. Their wedding ceromany was held in a private ceromany in Hawaii.

Talking about Dominxzyk, she is a Polish-American actress who is famous in the United States for her role as Dr.Eliza Minnick on Grey’s Anatomy.  The couple met at the set of Grey’s Anatomy. Ever since they tied the knot, there is no news regarding their divorce and extramarital relationship.

Scott and Marika shares three children from their long marriage span. The couple has two sons and a daughter. The duo was blessed with their first child, a daughter Malina Foley in November 2009. Similarly, the couple welcomed their son Keller Aleksander Foley on 17th April 2012.

Keller is a Gaelic name and the name is considered as Little Champion. In addition, the Scandal star celebrates the arrival of their third child on November 13, 2014.

In an interview with People, Scott told that “Fatherhood is insane”, he added,

For now, their daughter is eleven years old, while their elder son is eight. Talking about their last born, he is getting his parents pampering at six.  Currently, Scott is enjoying his parenthood and lives a blissful life with his wife.

Scott Foley met his former partner Jennifer Garner on the set of Felicity in 1988. Well, Foley was series regular from 1998 to 2002, while Jennifer guest starred in 1998.  Since then, the couple started dating and were in a relationship for two years before tieing the knot in 2000. The former couple walked down the aisle on October 19, 2000, in a ceromany at their home. Their wedding was attended by the Felicity casts Tangi Miller, Keri Russell and Ian Gomez.

The couple parted their ways in March 2003, after living three years in a marital relationship. Although the couple never talked about the reason behind their divorce, it was Garner who left Scott after sudden fame as lead Sydney Bristow in the big hit Alias. She even won a Golden Globe Award in 2002. Just like Scott, Jennifer also shares three children with her current husband Ben Affleck whom she met at the set of 2003 film Daredevil.

Scott Foley has collected a massive fortune from his career as an actor. The considerable amount of his net worth is $5 million as of 2019. Foley started his acting career in the mid-90s, appearing in a guest role and recurring roles on tv shows like Sweet Valley High, Step by Step and Dawson’s Creek.  His big break came after he was featured in the hit television series Grey’s Anatomy, featuring Sandra Oh, Katherine Heigl, Justin Chambers, Greg Germann, and Jake Borelli.

On the other hand, one of his films, Scream 3 has a box office collection of $161.8 million, while the budget of the movie is $40 million.  Additionally, his ex-wife Jennifer Garner has a net worth of $80 million as of 2010. She earned such great fortune from her sucessful career as an actress and film producer. Currently, Scott is living a luxurious life along with his wife and three children. In addition, he resides in Hidden Hills house which he bought from TV producer Peter Lenkov in Aug 2012 for $2.1 million.