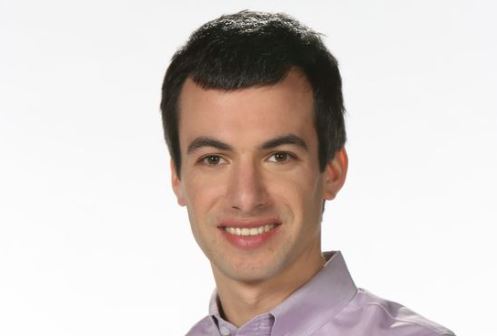 If you have ever watched a show Nathan For You in the Comedy Central then you might be familiar with its host, Nathan Fielder. Fielder is a Canadian writer, comedian, actor, and entrepreneur. Further, he has also worked on the shows like The Simpsons, Transparent, Bob’s Burgers, Kroll Show, Rick and Morty, Jon Benjamin Has A VAN, and the CBC series This Hour Has 22 Minutes.

Moreover, there is news that Nathan has signed a one-year overall deal at HBO in August 2019 as an executive producer on How To…With John Wilson. What’s his relationship status? Let us find more about him in an article below.

Nathan Fielder was born on May 12, 1983, in Vancouver, British Columbia, Canada. He is the son of Eric Fielder and Deb Fielder, both were socials workers. Similarly, he holds Canadian-American nationality and belongs to white ethnicity.

Fielder went to Point Grey Secondary School. During his school life, he became a member of the school’s improv comedy group along with one of the well-known comedians, Seth Rogen. Fielder also worked as a magician in his teenage years and was a member of The Magic Castle in Los Angeles, California. More to that, he completed his graduation at the University of Victoria on Commerce in 2005. After his graduation, he moved to Toronto for pursuing his career in a comedy program at Humber College in 2006.

Career as a Comedian

36 years old, talented, and versatile personality, Fielder started his career just after his graduation. Back in 2006, he was horned with the Tim Sims Encouragement Fund Award for his talent in comedy. While pursuing his career as a comedian, he also worked as a writer for Canadian Idol, where he grabbed the attention of Michael Donovan, who was an executive producer for the CBC comedy series This Hour Has 22 Minutes. Further, Donovan hired him as a field correspondent in the segment, Nathan on Your Side.

Check out the short video of Nathan Fielder (On Your Side).

Additionally, his professional career started when he created his own show on Comedy Central, Nathan For You, which was released on February 28, 2013. However, Nathan continued doing the show for the fourth season and decided not to continue the fifth season. Apart, he also appears as a guest on Jimmy Kimmel show in 2017, on the Ault Swim show Rick and Morty. Recently, in August 2019, he has signed an overall deal with HBO, as an executive producer for series How To With John Wilson.

Well, handsome comedian, probably living a single life after his heartfelt divorce with his wife. As of now, he is living his quality time, mainly focusing on his career and looking forward to his future. Before living a single once, he was a married man. He married his long time girlfriend turned wife, Sarah Ziolkoska, children’s librarian. Moreover, we don’t have the exact date of their marriage and when they started to date.

However, the couple ended their beautiful marriage life back in 2014. But, their divorce reasons are unknown yet. Unfortunately, Nathan suffers a malfunction of that he was enlisted as a female on his U.S green card. Moreover, there is no idea if he has a child or not from his marriage. As he very fond of children and loves playing with them. Further, he is living a single life with his family member in Los Angeles.

Enjoy a Net Worth of $3 Million

According to Celebrity Net Worth, Fielder’s net worth is around $3 Million. Well, he earned this hefty amount from his career as a comedian, actor, writer, and entrepreneur. Further, he also appears in the movie like The Night Before which box office collection was $52.4 million and even in the biopic movie The Disaster Artist, which group was $29.8 Million.

Additionally, he has his own YouTube channel, Nathan Fielder, which earning, according to SocialBlade, is monthly $13-$207 and yearly $155-$2.5K. Moreover, he is pretty popular on Instagram with more than 900K followers.  With such great earning, he might be living a lavish life.