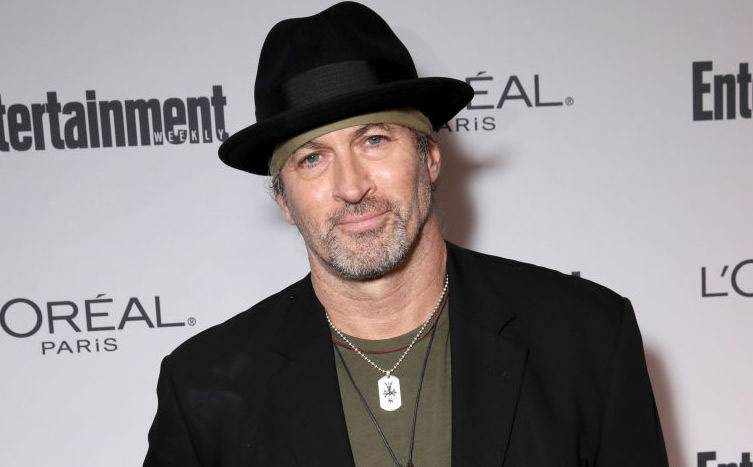 An American actor and musician, Scott Patterson is best known for his role as Luke Danes through 7 seasons of the TV show, Gilmore Girls and as Agent Peter Strahm in Saw IV, Saw V and Saw VI. Besides being an actor, he has spent 7 years as a professional pitcher in minor league baseball.

Philadelphia, Pennsylvania, born Patterson made his first acting debut as Jedediah Kohler in Bishop’s The Great, Great Grandson of Jedediah Kohler. So today, here we present all the detail information about Scott Patterson’s age, wife, son, movies, and net worth. Just stick with us.

Scott Patterson was born on September 11, 1958, and this makes him 59-years-old, as of 2018. He is not only the child of his parents as he has 3 sisters- Judy Patterson, Barbara Patterson, and Abigail Wiest. When Scott was 16 years old, his parent divorced.

Talking about his education, Patterson attended Haddonfield Memorial High School and later enrolled at Rutgers University, where he pursued a career in Comparative Literature. Furthermore, he studied acting in New York with popular coaches like Robert Lewis and Sondra Lee.

Scott used to be a professional baseball player before he tried his luck in acting. As he was a professional pitcher in minor league baseball from 1980 to 1986, he topped out at the Triple-A level- the highest before the Major Leagues.

However, Patterson got his first lead role the film Her Best Move. And some of the other movies he starred in his early days include Highway 395, Rhapsody in Bloom, Other People’s Children, A Boy Called Hate, Three Wishes.

He mostly appeared playing romantic roles in television series which also includes Gilmore Girls, Seinfeld, Will & Grace, It’s Like, You Know, Fired Up guest starring in Arliss and Get Real.

You might have missed: Taron Egerton Bio, Net Worth, Girlfriend, Dating, Gay?

Some of his films and television also includes Aliens in America, 90210, the NBC drama series The Event, Gilmore Girls: A Year in the Life.

Patterson hasn’t confirmed his relationship with Kristine Saryan. But there are rumors of their secret wedding. They met each other on the set of Gilmore Girls. Moreover, they already are parents of Nicholas born in July 2014. The news was reportedly posted with a picture of the baby via his Twitter account on 19th April 2016.

Prior to that, Scott was married to his high school sweetheart Vera Davich in 1983. However, their relationship ended after a two-year of their marriage.

You might have missed: Miles Heizer Early Life, Career, Awards, Personal Life, Salary, and Net Worth

Being an American actor Scott Patterson has maintained a lavish and standard life. He gets a good salary from movies and television series. Moreover, he has earned a decent amount of money from his singing career.

As of now, Scott has an estimated net worth of $15 million. Likewise, he owns an expensive car worth $25K and also has bought a house at a beach for around $5 million. He is also active on social media sites like Twitter, Instagram. He has more than 112k followers on Twitter, and 150k followers on Instagram.