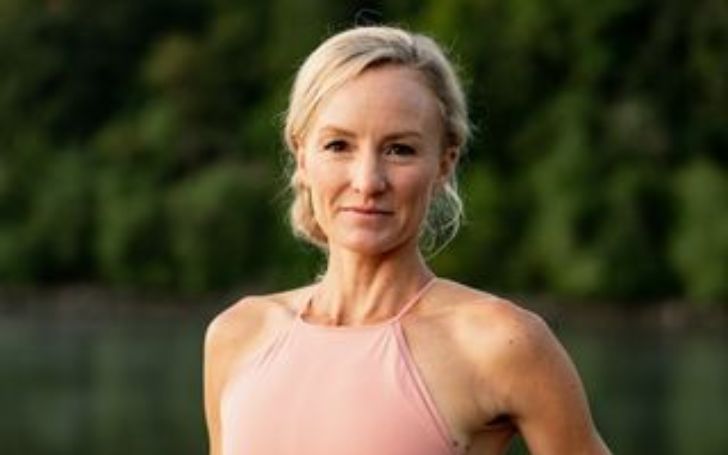 We tend to make best friends who are our closest friends but have you ever thought of making your passion and thirst your best friend? If not, you should probably try that out because it’s worth it!

Let me give you a perfect example, Shalane Flanagan made her passion for running her best friend, and you’ll know what happens after you read the whole page here!

Further, get to know the elite athlete Shalane Flanagan!

Who is Shalane Flanagan?

Flanagan was a professional runner until her retirement. Since then, She has become a coach for the Bowerman Track Club and Nike Run Club.

Besides, she is an author. The incredible athlete has co-authored three New York Times Bestselling cookbooks.

Shalane Flanagan began her professional career in 2004. he has had a prospering career since the beginning. She stepped into the advanced professional level in 2004.

Also, an indoor track national champion in the 3000 m. 2004 and 2005, She won the short course competition at the USA Cross Country Championships.

In addition, Shalane Flanagan is a Nike Sponsered athlete.

In 2010, Flanagan stepped the 2010 New York Marathon after her win in Houston. Flanagan ran a 2:28:40 and took second place. Therefore, it was the greatest performance for an American woman in nearly 20 years.

In 2013, The athlete ran a 2:27:08 in Boston Marathon debut and took fourth place. Apart, she ranked that the IAAF World Championship on August 11.

Flanagan’s networth is over $3 million!

Sadly, on October 21, 10, the brilliant athlete notified the public via Instagram that she retired from professional running.

Since then, the retired athlete started coaching with the professional running squad, BTC. BTC is co-founded with her other coaches, Jerry Schumacher and Pascal Dobert.

Aside from this, Shalane Flanagan began a promising broadcasting journalism career.

After all, American long-distance runner, Olympic medalist and New York City Marathon champion accumulate a large fortune. She holds an estimated networth of over $3 million.

The athlete stated in self.com, “taking a break from running wasn’t just about losing fitness—it was like losing my best friend.” As mentioned above, her passion is her best friend; now you can know more about it here!

As per the athlete in self.com, Shalane Flanagan logged miles before dawn, after dark, in the rain, and through the snow for nearly two decades. She ran through numerous workouts, altitude camps, long runs, and races.

Moreover, the runner gave running everything she had; unfortunately, by 2019, her knees were giving out. She needed major reconstructive on both and a year of downtime to heal. Shalane needed to hang up her shoes and rest.

Shalane was forced to bench a big part of herself two surgeries later. Subsequently, the global pandemic hit. Ande, her one retreat from feeling stagnant, was no longer an option. With that, her mental health suffered in a way it never had before.

After her recovery, the pro runner was nervous about how her body would handle coming back to normal. Even though it was hard, she slowly built herself back up.

Flanagan learned something very important; to run the way she wanted. Besides, she had to do more than rebuild her muscles or endurance.

The runner had to rebuild her relationship with running and rediscover her spark and purpose.

In the end, the retired pro runner Shalane Flanagan fell back in love with running.

The Olympic medalist lives happily in Portland, Oregon, with her husband Steven, and Jack. She has been married to Steven Ashley Edwards for over 18 years.

Steven Edwards is a former track and field star at the University of North Carolina.

The pair are blessed with two foster kids, Breauna and Keauna. What’s more, Shalane and Steven decided to be foster parents as one of Shalane’s teammates from the Bowerman Track Club emailed, asking if she could find a foster home.

So, the pair welcomed Breuna and Keauna into their home with both hands in their home.

Born on July 8, 1981, Shalane Flanagan is 40 years old. She is beautiful as she stands perfectly 1.65 m tall, having brown eyes and blonde hair.

The blonde beauty graduated from the University of North Carolina at Chapel hill. Talking about Flanagan’s socials, the 40-year-old is active on Instagram, Twitter amassing huge fan followers of 420K.