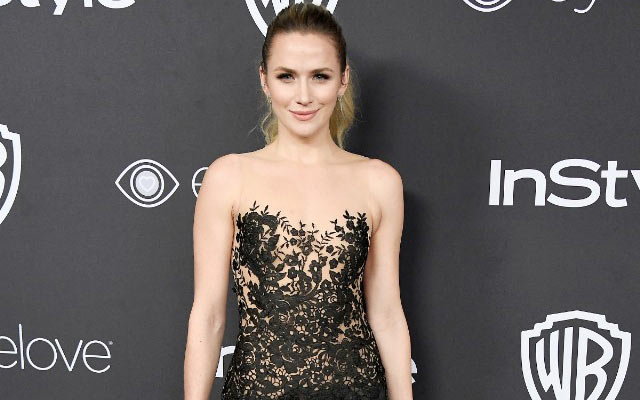 Shantel VanSanten is a renowned name in the Hollywood film industry. Shantel is an American actress and model famous for her presence in the Seventeen and magazines Teen Vogue. On television, she is known for the character of Quinn James in the CW teen drama series One Tree Hill and has a recurring role as Detective Patty Spivot in the CW show The Flash.

Shantel has appeared as the wife of lead characters Bob Lee Swagger, and Julie Swagger, on the USA Network series Shooter. Talking about her movies, VanSanten has performed in You and me, The Final Destination, and Something Wicked. VanSanten first emerged as a finalist on NBC’s reality television series Sports Illustrated: Swimsuit Model Search. Please read the full bio to learn about his movies, married life, age, net worth and much more.

Shantel VanSanten was born on July 25, 1985, in Luverne, Minnesota, United States and grew up with her younger brother and sister. She was now 33 years old as per her age in 2018.

Shantel holds an American nationality with a white racial background and has Dutch and Norwegian ancestry.

VanSanten started her career as a model when she was just the age of 15. Her roles include in the series One Tree Hill as Quinn James. She is famous for her roles in the 1999 television series Steel Angel Kurumi. Shantel is appreciated for film roles in The Final Destination and You and I.

She co-starred in the 2013 thriller Something Wicked. She has also appeared in films such as Remembrance, Savage Spirit, The Open Door, In My Pocket, and so on. Some of her series include Scorpion, Shooter, The Messengers, The Flash, Timeless, Rush Hour, The Night Shift, and much more.

Moving towards personal life, VanSanten has not experienced married life yet. Still, she has been in love with some personalities like Michael Johnson (2008-2009) and James Lafferty (2009-2010), an OTH co-star.

Moreover, Shantel was also in a brief relationship with a Canadian actor, Victor Webster, in the past. Also, she was once rumored to be dating Robert Buckley. However, she later confirmed the news to be false and admitted to just being friends.

Apart from them, VanSanten has been in a beautiful relationship with Jon Fletcher since 2015. Her boyfriend, Fletcher, is a British actor. The duo met for the first time while filming The Messengers.

In the beginning, her fans were still confused about whether the couple was dating or not. The duo was spotted holding hands in several places as well. Later, in 2017, the team finally confirmed their relationship via Instagram. We hope they will take their relationship to the next level very soon.

Furthermore, Shantel VanSanten has maintained her body to be fit and healthy. She has held her body slim, with a height of 5 ft 8 in or 173 cm and a weight of 56 kg or 123.5 lbs. Shantel is an active user of Instagram and Twitter.

Concerning her financial aspects, Shantel VanSanten has earned tremendous money from her career as a model and actress. She made a net worth of $5 million in 2018, per the Celebrity Net Worth. However, the details about her house, car and properties are unknown.

She enjoys a very lavish lifestyle as she is seen traveling to various places and she also owns a private beach where she often goes to relax and enjoy her vacations.

Check out the short video of Shantel Vansanten (Workout Routine)