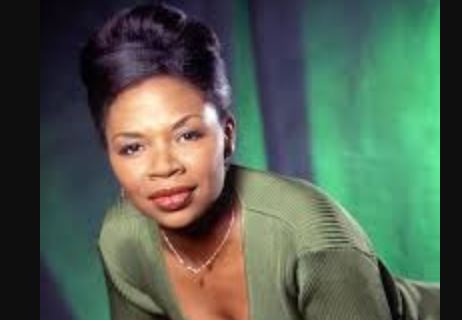 Simbi Khaliebum Waters better known as  Simbi Khali is an American actress, singer, and songwriter.  Khali appeared as  Laquita Lumpkins on the Fox sitcom Martin and Nina Campbell on the NBC sitcom 3rd Rock from the sun. Moreover, Simbi has also played the role of Tonya Smith in the movie called Vampire in Brooklyn.

Furthermore, Simbi is currently single but back in the time, she was a married woman and has children. Wanna know more about Simbi Khali? The keep on reading the article until the end.

Simbi Khali was born on April 28, 1971, in Jackson, Mississippi, the USA. She is American by nationality and belongs to mixed ethnicity.  Even though the 48 years old hasn’t revealed the details about her parents and siblings, she was raised as the youngest of seven children in Chicago.

Moreover, she attended the Duke Ellington School of the Arts and started singing at a tender age before moving to act. Later, she enrolled at the California Institute of the Arts. From there she got graduated and earned a bachelor’s degree in acting.

Ever since her childhood, she had an interest in singing and later got an interest in acting and continued her career in both filed. Simbi made her television debut by appearing in a commercial for Pop-Tarts in 1987. After that, she worked as a celebrity spokesperson on the popular syndicated variety talent show called Star Search.

Khali is currently living a single life but she was previously married to the 90s actor Cress Williams. The couple tied the knot on October 14, 2000. The couple was on long term relationship before they exchanged their vows. Together, they share two children from their marital relationship.

On July 20, 2004, they welcomed their firstborn child, Elijah Khali Thomas Williams. Three years later on August 13, 2007, they were blessed with their second child, a daughter Amika Khali Williams.

The couple stayed together for 11 years but unfortunately due to some reasons their married life turned into a divorce. Simbi and Cress didn’t share the reason behind their divorce but they officially got divorced in June 2011. After their divorce, Simbhi remains single and taking care of the children. However, her ex-husband married another lady Kristen Torrianni.

How rich is Simbi Khali?

Also, she is still active on both the singing and acting profession, and her net worth will rise in the coming days. Along with such fortunes, she enjoys a rich and lavish lifestyle.

On the other hand, her ex-husband Cress Williams has already collected an estimated net worth of $1 million from his profession. Taking about her ex-husband he is an actor and currently, he is known for his role as the Backlighting.