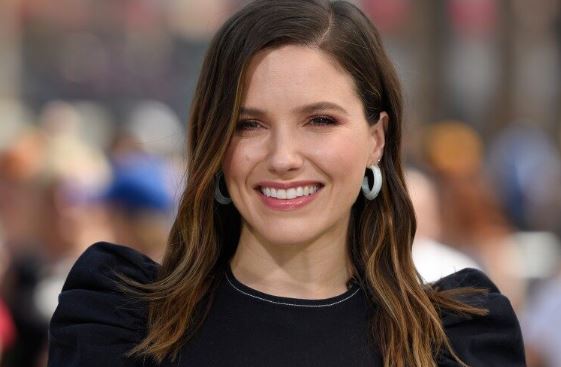 They say hard work pays off. American actress, Sophia Bush played a vital role in making this saying true. Sophia is famous for playing Brooke Davis in The WB/CW drama series One Tress Hill.  Likewise, she played Grace Andrews in the 2007 film The Hitcher.

As of now, Bush has earned a great name and fame from her acting career. Sophia’s fans want to know about her personal life, boyfriend, age, friend and professional life. Read this article to know more about Bush.

A native of Pasadena, Sophia Bush was born on July 8, 1982, in California, the United States of America. Bush holds an American nationality and belongs to white ethnicity. She is the only daughter of Maureen Searson and Charles William Bush. Her mother runs a photo studio while her father is an advertising and beauty photographer.

Bush attended Westridge School for girls, graduation in 2000. Later, Bush attended the University of Southern California (USC) as a major in journalism.

Sophia made her first big-screen apperance in the 2002 film National Lampoon’s Van Wilder. She subsequently appeared on several TV shows, including Nip/Tuck, Sabrina the Teenage Witch, and Point of Origin, the HBO film. In Terminator 3: Rise of the Machines, Sophia was cast as Kate Brewster. She is also popular for films like Marshall, Acts of Violence, Stay Alive and Learning Curves.

How rich is Sophia Bush?

The estimated net worth of Sophia is $9 million as of now. Also, from the profession that she is involved in, Bush might have earned an annual salary of over $1 million per annum. The actress has been working in the film industry since 2001. Over the past years, Bush has received a big chunk of money.

With such a huge amount of net worth, she is living a rich and lavish lifestyle. In addition, she frequently visits exotic places for vacation and rides luxury cars. Also, Bush is still active in the acting field. Therefore, she might receive a bigger paycheque in the upcoming days.

Getting married for the second time might be in Sophia’s future plans, but for now, Bush has yet to give a think about getting married. Back in 2005, the beautiful actress tied the knot with an American actor-spokesperson and writer, Chad Michael Murray. The couple met each other at the set of One Tree Hill and started dating. They two were engaged in May 2004.

The couple was highlighted as one of the best pairs in Hollywood. However, destiny had planned something else onto their life. Bush and Murray announced their separation in September 2005, after five months of marriage. Regarding their divorce, Sophia said,

“It devastates me now that I have been reduced to a Hollywood statistic–another joke marriage.. I never expected to be married more than once…because I knew what I was getting into and will always believe in love”.

Later in January 2014 episode of Watch What Happens: Live, she stated,

We were two stupid kids who had no business being in a relationship in the first place. To all the other co-stars who’ve worked it out, more power to you.

After she parted her ways with Chad, Sophia was in a romantic relationship with One Tree Hill co-star James Lafferty. The two were together for around one year, from 2008 to 2009. She also dated actor Austin Nichols, back in 2010 and broke up in 2012.

Following her relationship with Nicols, Sophia dated a program manager for Google, Dan Fredinburg in January 2013. In February 2014, they broke up, citing the stresses of their long-distance relationship as the cause.

Talking about Sophia’s age, she is 37 years old as of 2019. In the same way, Bush stands at a height of 5 feet 4 inches or 1.63 m tall. She has blonde hair and blue eyes color. As an actress, Sophia has maintained her body to it’s optimum, however, the measurements are unavailable at the moment.