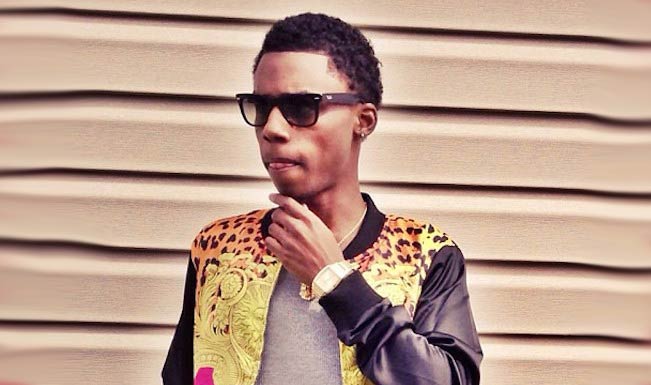 Speaker Knockerz is famous as a hip-hop song artist. He also has lots of followers on his social sites. As a teen, he ultimately developed and made his songs by computer. Speaker’s most popular songs are Fitness Father (2013), Married to the Money (2013), and Married to the Money II (2014).

He was so passionate about music that he had earned a huge net worth. In his case, he has an interesting story. And, people are just curious about this question, Is he dead or alive?

Let’s check about his personal and professional life and read this article to the end.

Speaker Knockerz was born Derek McAlister Jr. on  November 6, 1994, in New York City to the parents of Derek McAllister and his mother.

Furthermore, he has a younger brother named Christian McAllister, also known as the rapper Lil Knock.

His father got himself into a pickle in his early life, which led him, father, to jail for ten years. His mother feared that his little brother might get into that rough world. Then, they decided to shift to South Carolina.

Regarding Knockerz’s education, he completed his schooling at Kelly Mill Middle School and High school from View High School and Westwood High School.

In his speaker teenage, he loved hip-hop and developed himself to make his song on his personal computer in 2010. At that time, his dad was in jail. After the song was released, his father confirmed that his son was good at music. Derek Snr is also a former musician. Then, he began to help his son properly.

Speaker’s first mixtape release was for Flight Delayed in 2010. At the same time, he changed his name to Speaker Knocker.

After a year, he debuted with his mixtape and sold music beats, notably to the likes of Meek Mill and Gucci Mane, while 2 Chainz, Lil’ Scrappy, and French Montana all have used his beats.

Found Dead in His Garage

Speaker Knockerz got famed for little time from 2010 to 2014. He is still popular. He was very young when he died. People were also curious about his death cause. Thus, he has been missing since December 3, 2014. As Speaker’s parents, he was dead in his garage on 2 Notch Road.

By some examination, the authorities reported no drugs found on him, just as there was no anomaly to suspect any foul play. Thus, people say he died of natural causes (a heart attack??).

However, he has one younger brother who is currently doing well as a rap artist, while his father took over Speaker’s music label Talibandz Entertainment following his death.

Moving towards his personal life, he was not in any relationship. So, he was free of rumors and controversies. Moreover, he was popular on social sites with Twitter, Instagram & YouTube accounts.

Speaker has around 5 feet 8 inches in height. He belongs to African American ethnicity. And he has black hair with black eyes color.

Some wiki sources say Speaker Knockerz had a net worth between $250,000 to $4,00,000. Knockerz earned this fortune through his career as a hip-hop artist and singer.

If he had lived longer, he might have become more famous and could have a huge net worth.