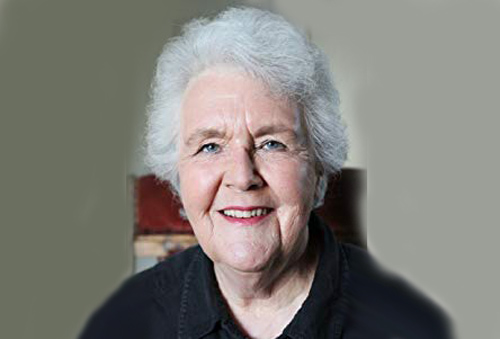 If you have ever watched the 2013 British sitcom, Man Down, then you must be familiar with the role of Nesta starred by the famous English actress, Stephanie Cole. The multi-talented actress is also recognized for her stage performances and has also served on the radio for a long time.

The 77-years old, Cole married twice in her life. After the death of her first husband, she spent her married life with Peter until his death. Does she have any children from her marriage? The actress is present in the film industry since 1968, so she must have accumulated an impressive amount of money out of her successful profession. Then, how much is her net worth in 2019?

If you want to find out in detail, then scroll down until the end. Stay tuned with us.

Stephanie Cole was born as Patricia Stephanie Cole on 5 October 1941 in Solihull, Warwickshire, England. She holds an English nationality and belongs to the white ethnic background. She grew up with her American parents. Since an early age, Cole was so much interested in films and television.

Cole attended Bristol Old Vic Theatre School in 1958 and trained acting for two years. She also visited repertory theatres in the UK. Stepping towards the dream of being an actress, she got her first role at the age of 17 where she played in a comic play titled Blithe Spirit.

After grabbing huge attention of people, Stephanie Cole made her first debut in television as Agnes in a British TV series, Lillie. She got her break debut on 1981 TV drama, Tenko where she played Dr. Beatrice Mason for five years. Her TV credits include Open All Hours, Return of the Antelope, Talking Heads, Keeping Mum, Coronation Street, Gentleman Jack, and many others.

On the other hand, Stephanie made her appearance in the film by a biopic titled Grey Owl playing the role of Ada. She later appeared in the movies, The Lady Vanishes and Miss Pettigrew Lives for a Day. Cole is playing the role of Nesta in the British sitcom since 2014 alongside Greg Davies, Rick Mayall, Roisin Conaty, Mike Wozniak, and others.

Born in 1941, Stephanie Cole is currently in her late seventies. Her age is 77-years in 2019. Similarly, the actress celebrates her birthday on every 5th of October. Besides, her birth sign (Zodiac Sign) is Libra.

As we prior mentioned, Stephanie married twice in her life. The 77-years old, Stephanie first married to Henry Marshall. The couple tied the knot in 1973. Her ex-husband, Marshall is a fight director. Also, he was one of the founders of the British Academy of Dramatic Combat.

The former couple shared a daughter named Emma Battcock. Their child was born in 1973.  After sharing about one and a half decades of marriage relationship together, the couple divorced in 1988. The reason for their divorce was irreconcilable differences.

After the divorce, Cole instantly shared her wedding vows with Peter Birrel, a late English actor, famous for appearing in the story Frontier in Space and documentary, I Was a ‘Doctor Who’ Monster. The duo had appeared in a production of Richard II at the Bristol Old Vic thirty years ago before they met for the second time.

After six years of their marriage, Cole became a widow of Peter in 2004. The late actor died from cancer at the age of 68. Currently, Stephanie is living a single life with her daughter. She is enjoying her late seventies. We bless for her long age and flourishing life ahead.

The famous English actress, Stephanie Cole has surely made a hefty amount of money out of her successful acting profession since 1968. As of 2019, she has maintained a net worth of around $4 Million. Her movie, Miss Pettigrew Lives for a Day collected $16,724,933 on the box office. Whereas, her 1999 film, Grey Owl was made with a total budget of $30 Million that grossed only $632,617 on the box office. As of 2019, she is living a rich life with her family.